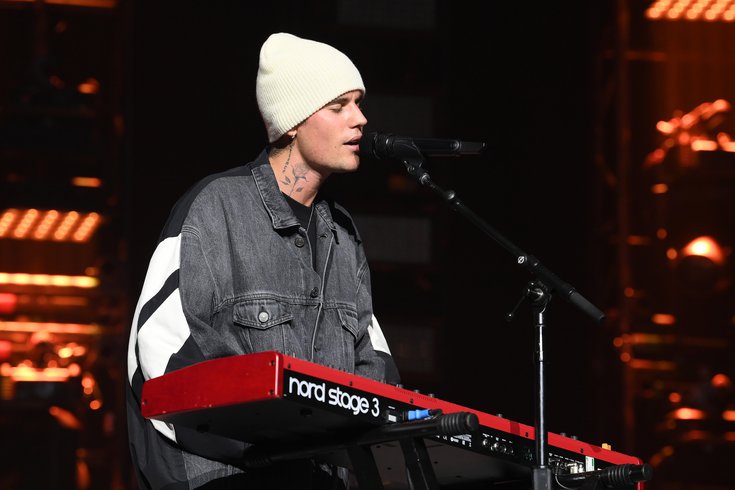 Justin Bieber stopped by the City Star Diner near Manheim, Lancaster County on Wednesday, Feb. 2, 2022. The singer is preparing for his upcoming 'Justice World Tour 2022,' which includes a date at the Wells Fargo Center in Philadelphia on June 16.

A server at a Lancaster County diner was in for a surprise Wednesday morning when she went to a table and discovered she was taking the order of pop star Justin Bieber.

The 27-year-old Canadian singer was accompanied by bodyguards at the City Star Diner near Manheim, where he took a photo with his server, Kathy Said.

.@justinbieber was in Manheim (Lancaster County) this morning! https://t.co/cWz9HueiIg

"He came walking in and one of the waitresses was like, 'That's Justin Bieber,' and we're like, 'No it isn't,' Said told Lancaster Online. "And then his body guards came in and then we walked over to him, and yeah, it was him."

Bieber is weeks away from launching his "Justice World Tour 2022" to support the album he released last year. It's believed he's in Pennsylvania's Amish Country honing the production for the upcoming tour at Lititz Rock, an arena-like concert rehearsal facility that has hosted stars ranging from Beyonce, BTS and Taylor Swift to U2, Elton John and Billy Joel.

Said was starstruck by Bieber — vicariously, through her grandkids' love of his music — and complimented him on his looks.

Bieber perused the menu and decided on a bacon, egg and cheese croissant. His bodyguard ate pancakes.

The City Star Diner reportedly has been receiving calls from excited children asking whether Bieber is still there.

Bieber's tour starts Feb. 18 in San Diego and will make a stop in Pittsburgh on April 4. The tour comes to the Wells Fargo Center in Philadelphia on June 16. He'll go worldwide in the second half of 2022 and finish the tour in Poland in March 2023.

Bieber's public image has come a long way in recent years after he went through a juvenile phase in which he briefly owned a pet monkey, notoriously drag raced, egged a neighbor's house and got arrested for drunk driving. He's now married to 25-year-old model Hailey Bieber, who said this week that the couple are considering having a child together in the next few years.

Maybe he'll be back for another breakfast sandwich at the City Star Diner the next time he has to prep for a tour.