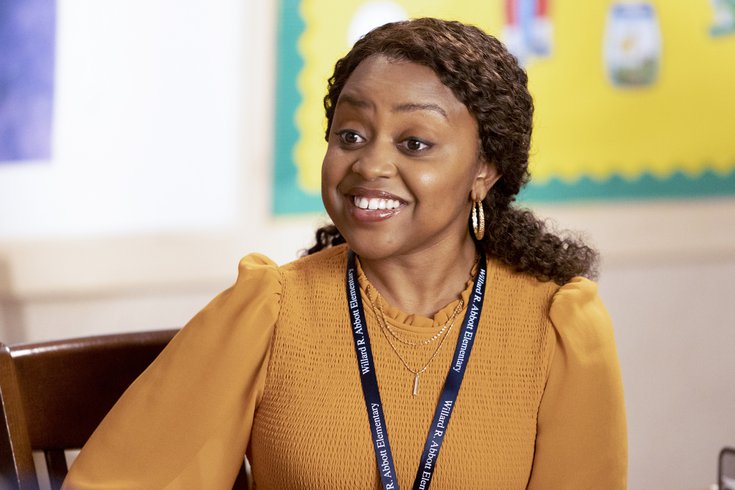 Quinta Brunson's new sitcom "Abbott Elementary" is off to a strong start, and Philadelphia legislators have taken notice of the show's popularity and city roots.

City Council passed a resolution Thursday celebrating Brunson for creating the critically-acclaimed show. It praised the comedy for embodying "Philadelphia spirit" and showing "the heart and grit of our city." The resolution was introduced earlier this month by Councilmember Helen Gym.

The show "brings to primetime television a loving ode to Philadelphia educators, school children and their families as well as a call to action to fund and support our youth and our public schools," the resolution reads.

City Council also credited the show for shedding light on "the joy, struggle, dedication and resilience of Philadelphia teachers and school communities."

"Wow Helen, I have no idea what to say," Brunson wrote on Twitter. "Thank you so much. Pretty speechless over here. I'm over here supporting fair funding in Philadelphia and all the work you do!!!"

"Abbott Elementary" follows a group of teachers and staff at a fictional Philly public school as they educate students and navigate the challenges of working in an underfunded district. Brunson plays a glass-half-full second grade teacher named Janine Teagues.

Brunson, a West Philly native, originally was going to name the sitcom after her own elementary school, Mastery Charter Harrity Elementary in Southwest Philly, but legal reasons prevented her from doing so. Instead, the actress named it after her sixth grade teacher, Joyce Abbott.

"Abbott Elementary" premiered in December on ABC to widespread critical and audience acclaim. The series became the network's first comedy to quadruple its initial ratings after the pilot episode aired.

The sitcom has had no shortage of Philly cultural references so far. 6ABC anchor Jim Gardner made a cameo delivering a newscast, Eagles carpets and banners are on display throughout the school and an episode showed Brunson's character teaching her students how to use Philly slang words in their everyday lives.

Brunson, who also attended Charter High School for Architecture and Design and Temple University, became famous after her Instagram comedy videos went viral and turned her Quinta B. character into a meme.

The comedian went on to help create viral videos for BuzzFeed and the "Quinta vs. Everything" web series for Facebook.

Last year, Brunson wrote her first book, "She Memes Well," which contains a collection of personal essays about her rise to comedic stardom.

New episodes of "Abbott Elementary" premiere Tuesdays at 9 p.m. on ABC. All episodes are available to stream on Hulu.