The show is based loosely upon the experiences of the comedian's mother, who worked in the city's public education system for 40 years 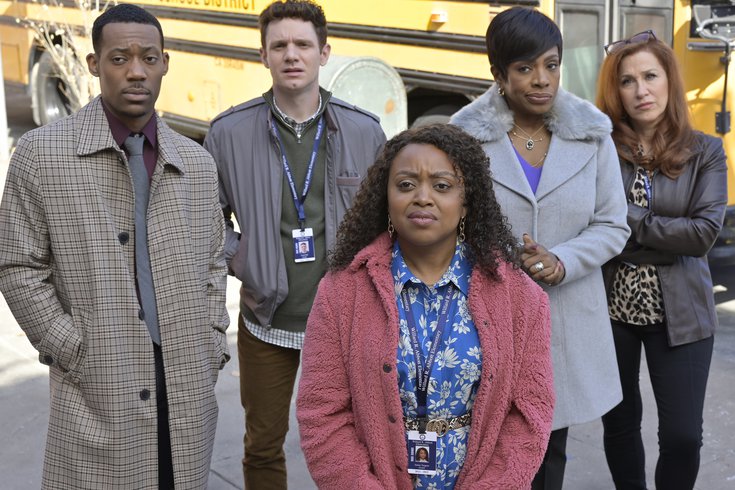 'Abbott Elementary' tells the story of a group of Philly school teachers and staff who are trying to educate their students while navigating the everyday challenges of working in an underfunded school district.

A fictional Philadelphia public school will serve as the setting for a new ABC comedy series debuting next month, with actress Quinta Brunson in the lead role.

"Abbott Elementary" is a workplace comedy that tells the story of teachers and staff at Willard R. Abbott School in Philadelphia who are seeking to educate their students while navigating the everyday challenges of working in an underfunded district.

A new trailer for the series released last week shows that it could be very similar to other workplace comedies, like "The Office" and "Parks and Recreation." It's also clear that the show will include plenty of cultural references to Philadelphia.

The teaser features a scene in which Brunson's character is pointing to a whiteboard and teaching her students how to say words like "cheesesteak," "hoagie" and "jawn." Ralph's character, Barbara Howard, is walking by the classroom as this lesson is taking place and steps inside to inform Teagues to stop.

"This is a classroom. Not a hoagie stand," Ralph's character says.

"Abbott Elementary" was created and written by the 31-year-old Brunson, who said it is loosely based upon her mother's 40-year teaching career in the School District of Philadelphia.

"It's a fun show," Brunson told guest host Wanda Sykes on "Jimmy Kimmel Live" this past July. "It's a straight-up comedy, which is what I'm excited about too. We're dealing with everyday people and their work situations that they love, which may not be the best situations to us. But people do the job of teacher because they want to do it, because they can do it, because they're good at it."

Filming for the show's 13-episode first season wrapped Friday, Brunson said. "Abbott Elementary" will premiere Dec. 7 at 9:30 p.m. on ABC and air regularly at 9 p.m. on Tuesdays starting Jan. 4. Episodes will be available to stream the following day on Hulu.

Yesterday, We wrapped on the first season of Abbott Elementary. I don’t have many words. I feel fortunate. I feel that this show, in the best way, is the best I can do. The best thing I can put into the world. I just have to thank the entire Abbott team, wb and abc. We did it. pic.twitter.com/TXP2nSGLGf

Brunson became famous after her online videos went viral and turned her Quinta B. character into a meme. The comedian then went on to help create viral videos for BuzzFeed and the "Quinta vs. Everything" web series for Facebook.

Brunson released her first book earlier this year, called "She Memes Well," which contains a collection of personal essays about her rise to comedic stardom.