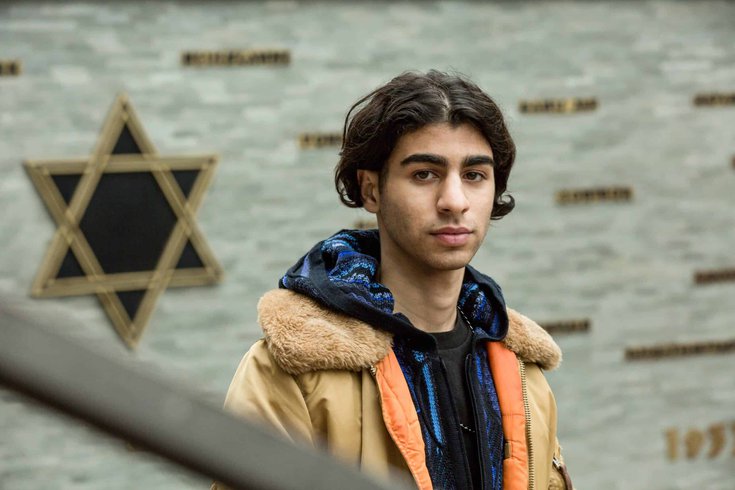 "Wet Dog" is one of a wide collection of films celebrated at this year's Philadelphia Jewish Film and Media Fall Fest, which runs from November 7 to November 20.

Events include virtual screenings of most of the celebrated films, and in-person screenings at theaters across the Philadelphia region. The festival runs until November 20, with screenings scheduled nearly every day. This year's festivities brings nine films to regional theaters, with more available during livestream events or on-demand for the duration of the festival.

Sunday's opening night begins with "Wet Dog," a German film which will be available in person at the Philadelphia Film Center at 7 p.m. or through a livestream for PA residents. The film, which was selected for the San Francisco Jewish Film Festival, is based on an autobiography by Arye Sharuz Shalicar, and tells the story of an Iranian Jewish teenager's struggles over his identity. An interview with the author and filmmaking team will follow the screening.

We are delighted to present the 41st Annual Philadelphia Jewish Film Festival: Fall Fest. Are you ready to see the best of Jewish independent cinema from around the world? https://t.co/MWC1BqkJv8 pic.twitter.com/Weknz19ohO

"Neighbors," the festival's centerpiece film, will be available to screen during a livestream on Saturday, November 13 at 7 p.m. The film tells the story of Sero, a young boy in a small Syrian village, who explores his childhood amid his teacher's increased attempts at inundating him with fascist beliefs.
The festival's closing event, "Not Going Quietly" will be available to screen in-person at the National Museum of American Jewish History or through a virtual livestream at 7 p.m. on November 20. The documentary takes viewers through Ady Barkan's journey through an ALS diagnosis and treatment, his relationship with his son, and his healthcare advocacy through the "Be A Hero" campaign. The film took home an audience award for humanity in social action at SXSW 2021. The trailer is available below.
The full lineup of films is available here, with multiple events happening throughout the next two weeks.