'It's Always Sunny in Philadelphia' gets Season 15 premiere date

After a long hiatus, the Gang will regroup for 8 episodes starting in December 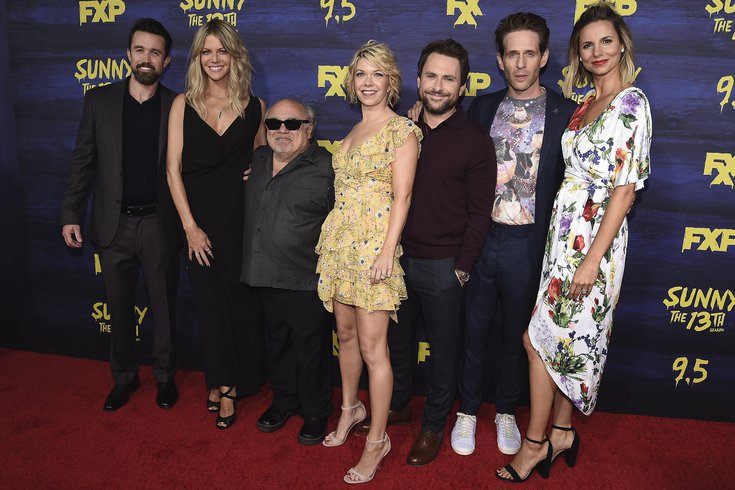 'It's Always Sunny in Philadelphia' returns to FXX for Season 15 on Dec. 1, 2021. The Gang will appear in new episodes for the first time since before the coronavirus pandemic.

Fans of "It's Always Sunny in Philadelphia" have had to wait more than two years for new episodes — two especially crazy years, to boot — but the long-awaited return of the FXX series is now less than a month away.

The show's 15th season will premiere on Wednesday, Dec. 1 at 10 p.m., Deadline reported.

Co-creator Rob McElhenney shared a promotional photo in an Instagram post Wednesday that all but confirms he and the Gang traveled to Ireland specifically to film portions of Season 15.

The coronavirus pandemic led to a long hiatus for the series after the end of Season 14, a gap that may have been necessary for a creative recharge.

McElhenney kept busy with his Apple TV series "Mythic Quest: Raven's Banquet" and the rest of the cast has been involved with other TV and film projects in the meantime as well. The humble Charlie Day, a fool on "Always Sunny" for ages, has become the type of star who gets to voice Luigi in a Super Mario Bros. film. Danny DeVito recently joined Disney's "Haunted Mission" cast and Kaitlin Olson, McElhenney's wife, plays a role supporting Jean Smart in the HBO Max series "Hacks."

In a recent appearance on "Late Night with Seth Meyers," Glenn Howerton, who plays Dennis Reynolds in the series, set high expectations for Season 15. Howerton, who has been dedicated to his Peacock Original series "A.P. Bio," was not part of the "Always Sunny" writing team for the previous two seasons, but rejoined McElhenney and Charlie Day in the writers' room this time around.

"I think I can honestly say this season of 'Sunny' is probably going to be our best in many years," Howerton told Meyers.

McElhenney has indicated that the new season will deal with "all of this bull***," which seems to be a catch-all reference to the pandemic and the political climate that has risen since the last time we saw The Gang. Maybe that's why they went to Ireland — both in real life and for the show.

FXX has renewed "It's Always Sunny in Philadelphia" for four more seasons, so an end to the long drought and the beginning of a new phase is now firmly in sight.