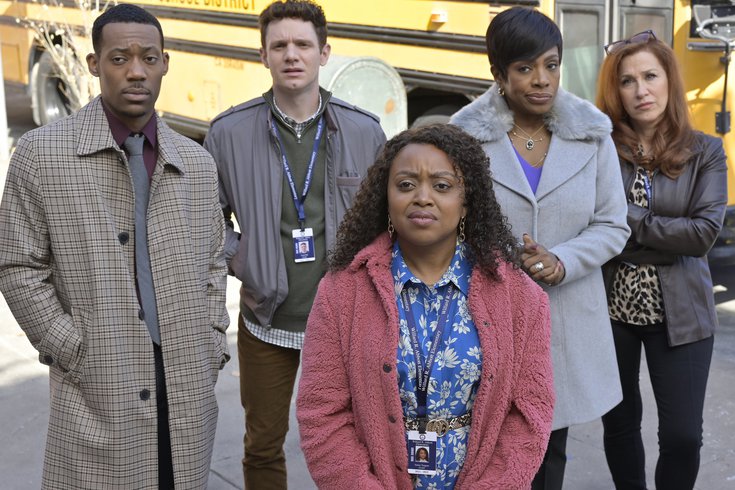 On Monday, West Philadelphia native Quinta Brunson sat down with Robin Roberts on Good Morning America to discuss the initial idea and where she got the name for her newest mockumentary-style sitcom on ABC.

"Abbott Elementary" – which tells the story of an underfunded public elementary school in Philly – aired a special premiere in early December and makes its return on Tuesday after a nearly month-long hiatus.

"I wanted to develop a show, and I always feel like you should write what you know," Brunson said, adding that her mother's job as a teacher for 40 years is what initially led her to writing the series. "Abbot Elementary" showcases a group of teachers as they attempt to navigate the reality of operating in a school that lacks adequate funding. "I got to see behind the veil because I was with my mom in the morning and at night, and I was in her kindergarten class all the time."

Brunson stars as Jeanine Teagues, one of just a few teachers who didn't quit after their first year at the school. The show also features Sheryl Lee Ralph as veteran kindergarten teacher Barbara Howard, who Brunson tells 6ABC is based on her mother.

The new year is coming, and so are new episodes of #AbbottElementary! Tune in next week on Tuesday, Jan 4th at 9 p.m and stream the first episode on Hulu right now! pic.twitter.com/8NEqku9BCL

"I wanted to make a show about Philadelphia public school because it seemed like it had so much life in it," Brunson said.

In the show's premiere, which has received widespread critical and audience acclaim, Janine and her co-workers are focused on trying to come up with new ways to find funding for supplies, often using creative tactics to provide their students with quality education.

In one instance, to remedy outdated social studies textbooks, Janine tapes photos of the most recent three presidents into the back of each book. The school's principal then brings in a camera crew to document the teachers experiences, avoiding confrontation about the funding issues.

The decision to name the show after her sixth grade teacher was largely due to a legal problem, Brunson said. She had originally wanted to name it after her own elementary school – Mastery Charter Harrity Elementary in Southwest Philly – but she wasn't able to. Instead, she opted to name it after one of the many teachers she "adored" when she was in school.

"Her name cleared. So not only was it legally great, it was great that I got to honor her in that way," Brunson said.

"Abbott Elementary" returns with all-new episodes on Tuesday, Jan. 4 at 9 p.m. The show will be available on ABC and Hulu. Below is a clip from Brunson's interview with Robin Roberts.