Ted Allen's new show aired on Wednesday, where he and chef Mike Solomonov ate their way through the city 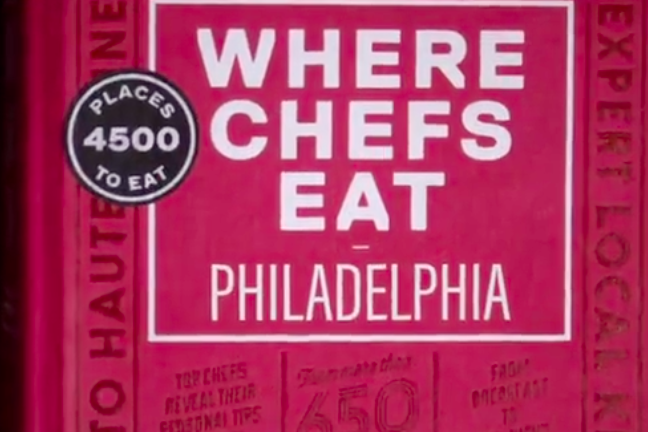 Ted Allen's latest show, "Where Chefs Eat" takes viewers on a quest to see where chefs go once their shifts are over. Its premiere episode highlights Philadelphia's food scene.

A new series on The Cooking Channel is taking a unique perspective on the usual restaurant tour. Hosted by Ted Allen of "Chopped" and "Queer Eye for the Straight Guy" fame, the show dives head first into where local chefs like to go to feed their appetites.

"Where Chefs Eat" premiered on Wednesday night, and featured Philadelphia's widely renowned food scene as the main attraction. Allen toured the city with celebrity chef (and frequent "Chopped" judge) Mike Solomonov, to check out a few of his favorite places.

Their first stop was Kalaya Thai Kitchen in Bella Vista, where Allen and Solomonov visit Chef Nok Suntaram to try her signature Shaw Muang flower-shaped dumplings. Kalaya opened in South Philadelphia in 2019 after Suntaram spent several years as a home chef and occasional caterer. She now has two locations — a restaurant and a food market — along 9th Street, with another debuting in Fishtown in the summer of 2022.

The pair then travelled to Easy Passyunk, stopping at Filipino restaurant Perla. They met up with Chef Lou Boquilla to try his take on a traditional Kamayan feast. The family-style, pre-fixed menu sees the food placed directly on a banana leaf-lined table with no plates or untensils.

Chef Lou Boquilla tells Allen and Solomonov that he opened Perla as a tribute to his mother because he wanted to share her traditional Filipino cooking with a modern twist, even naming the restaurant after her.

Next up was Siddiq's Real Fruit Water Ice in Cobbs Creek to meet owner Siddiq Moore, who told them how he got the idea for his business. As Moore explains, he sought out to create water ice with real, fresh fruit. As a student at Temple University in 1995, Moore launched his product on campus, which became a Temple phenomenon. What started as a small cart eventually turned into his flagship store on 60th Street in West Philadelphia.

Moore told Solomonov earlier this month that it was important for him to have all-natural, real fruit ingredients because he wanted to "bring the boardwalk to the community." Besides water ice, Moore sells other "boardwalk" treats like funnel cakes and milkshakes. The city even renamed the stretch of 60th Street between Walnut and Locust after Siddiq's Water Ice, as a response to Moore's contributions to the community.

Allen and Solomonov end their trip in Queen Village at Royal Izakaya. Chef Jesse Ito talked to the hosts about his childhood, including spending the bulk of it at his father's restaurant, Fuji, in Haddonfield. Masaharu Ito owned Fuji from its opening in 1979 until he sold it to a cook in 2016 in order to join his son's team at Royal Izakaya.

Ito receives his fish in two weekly shipments from a market in Tokyo, which is then driven down to Philadelphia from New York.

The trailer for the premiere episode of Ted Allen's "Where Chefs Eat" is available below.