This will be the ensemble's third appearance in the annual New Year's Day celebration in Pasadena, California 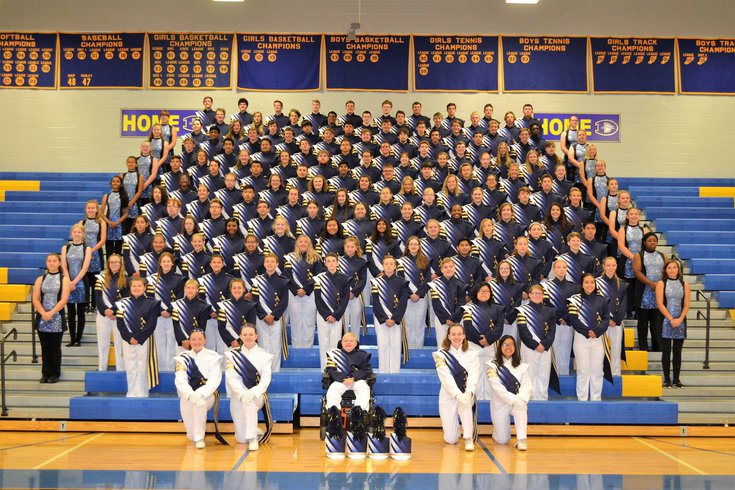 The Downingtown High School Blue and Gold Marching Band will make its third appearance in the annual Rose Parade this New Year's Day in Pasadena, California.

Pennsylvania and the entire Northeast region will be represented in the 2022 Rose Parade this New Year's Day by the Downingtown Blue and Gold Marching Band.

The high school ensemble is one of 17 marching bands that will perform in Saturday's celebration, which has taken place annually in Pasadena, California for over 130 years.

The Chester County band was one of 12 high school ensembles picked this fall from an applicant pool of thousands vying to march in the parade, according to the Downingtown Area School District. The band was selected based upon previous field show and parade performances, as well as the reputation of the school district's music program.

The marching band was originally scheduled to perform in last year's parade, but the in-person event was canceled due to the COVID-19 pandemic.

The Blue and Gold ensemble will be making its third appearance in the Rose Parade. Its previous two performances came in 2001 and 2011.

The group is accepting donations to help fund the band's trip to Southern California this week. The excursion is expected to total more than $900,000.

Downingtown High School East and West each have their own bands for sporting events and field show competitions. The Downingtown STEM Academy does not have its own music program, so students can join the East or West band depending upon where they live. Both marching bands come together for parades and community events.

The theme of this year's parade is "Dream.Believe.Achieve" to celebrate education. Actor LeVar Burton will serve as the parade's grand marshal.

The event will be followed by the Rose Bowl Game between the Utah Utes and Ohio State Buckeyes at 5 p.m. ET on ESPN.