The giant vaping organization is teaming up with Meharry Medical College 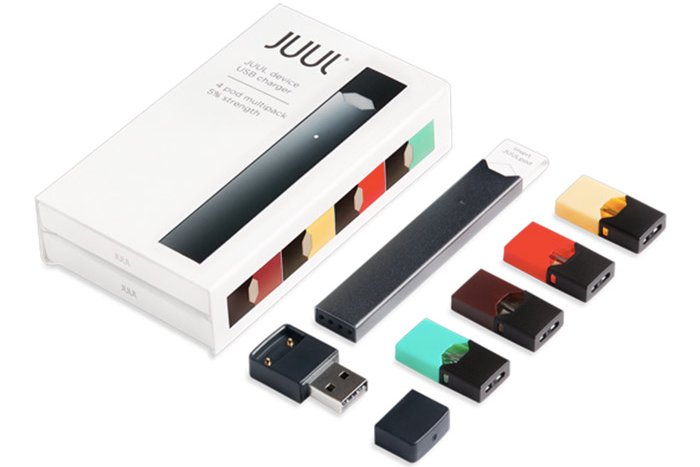 Colorful nicotine-filled pods, pictured on the right, are inserted into the Juul e-cigarette, which educators say looks deceptively like a flash drive, making it harder to identify in schools.

In what would seem like an effort to right the wrongs perhaps done in the past — like marketing e-cigarettes to underage teens — Juul Labs is, reportedly, funding public health research examining the impact of e-cigarette smoking.

The Associated Press reports that Nashville’s Meharry Medical College has negotiated a $7.5 million grant from Juul Labs to conduct research into the health effects of vaping.

The college brokered the deal to ensure “full autonomy” and “sole ownership of the sponsored research and complete control over publication of the findings,” the AP reports.

That specific clause in the agreement was negotiated after recent revelations surfaced about Coca Cola’s funding of public health research, which the company used to sway, veto and hide pertinent information from the public.

“The grant from JUUL Labs gives Meharry the unique opportunity to take the lead on a new line of fully independent research in this critical area of public health,” Hildreth continued. “Smoking has had disproportionately negative effects on minority, and particularly African-American, populations for decades. At Meharry, we have been on the front lines of treating those impacted by this scourge and see firsthand how smoking can destroy lives. Our goal is to help set a new course for education, prevention and policy surrounding the use of tobacco and e-cigarettes.”

Meharry’s research will be inclusive of all health effects of e-cigarettes, but will have a focus on the impact in “underserved and minority populations,” the college’s statement explains.