The U.S. Food and Drug Administration took a hardline stance against e-cigarette manufacturers on Wednesday, blaming them for perpetuating a youth epidemic.

The FDA ordered the manufacturers of the five top-selling brands to address the widespread use of their products or possibly have their products pulled from the market.

The companies – which make JUUL, Vuse, MarkTen XL, Blu and Logic – were given 60 days to submit a plan detailing their strategies for reducing youth use.

The products' popularity with young people is being driven by flavors that appeal to children, FDA Commissioner Scott Gottlieb said. 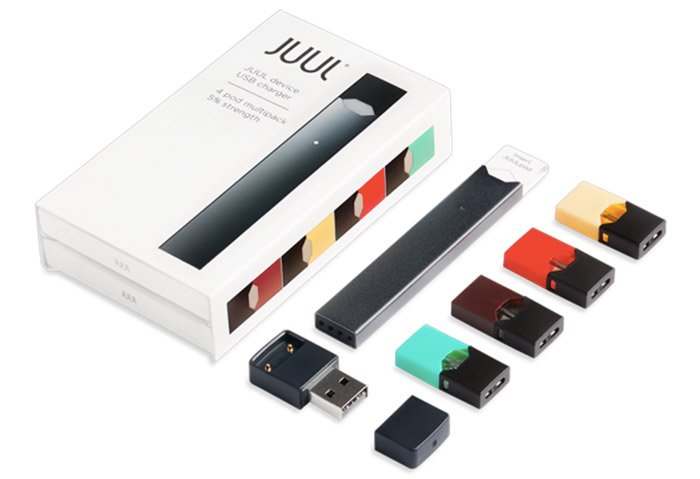 Colorful nicotine-filled pods, pictured on the right, are inserted into the Juul e-cigarette, which educators say looks deceptively like a flash drive, making it harder to identify in schools.

"While we remain committed to advancing policies that promote the potential of e-cigarettes to help adult smokers move away from combustible cigarettes, that work can't come at the expense of kids," Gottlieb said in a statement. "We cannot allow a whole new generation to become addicted to nicotine."

The FDA also issued more than 1,300 warnings and fines to retailers who illegally sold e-cigarette products to minors during a nationwide, undercover blitz from June through August. The agency also warned 12 online retailers against selling products with labels that are misleading.

The FDA said the actions were the largest coordinated effort in its history.

"We won't allow the current trends in youth access and use to continue, even if it means putting limits in place that reduce adult uptake of these products," Gottlieb said.