The 1994 indie hit will be joined in the archive by 'Purple Rain,' 'Old Yeller,' 'Platoon,' 'Boys Don’t Cry' and other movies deemed culturally significant 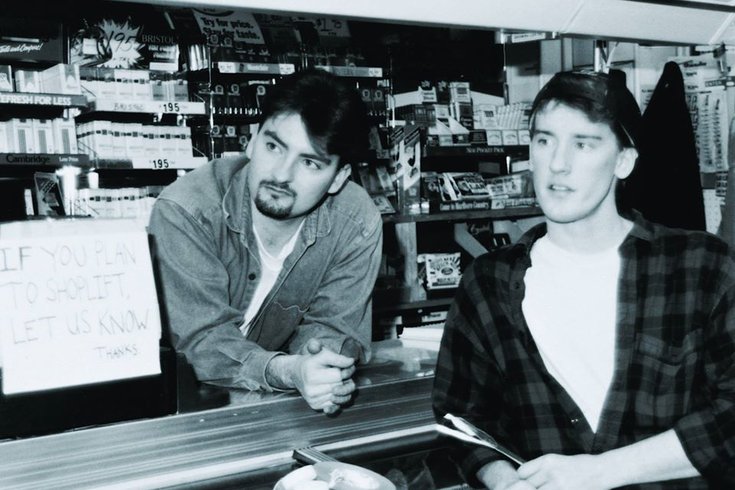 Kevin Smith's directorial debut, 'Clerks,' has been added to the National Film Registry by the Library of Congress. The 1994 film received the most public votes to be included in the archive for 2019.

"Clerks," one of the most successful indie films of the 1990s and the movie that jump started Kevin Smith's film career,  has been added to the National Film Registry.

The 1994 movie based on New Jersey-native Smith’s former life working as a clerk at a convenience store in Monmouth County received the most votes from the public in this year's s National Film Registry balloting, the Library of Congress announced Wednesday.

"Clerks" will be added to the registry alongside 24 other classic titles, like Prince's "Purple Rain," Spike Lee's "She's Gotta Have It," and Disney's "Sleeping Beauty."

The black-and-white movie follows convenience store clerk Dante, Randall, clerk at the neighboring video store, and the encounters they have with customers.

Smith produced, wrote and directed "Clerks" on a budget of $27,000. It was eventually purchased by Miramax at the Sundance Film Festival and would go on to win the "Mercedes-Benz Award" and "Award of the Youth" at Cannes Film Festival. The film, despite never showing in more than 50 theaters at a time, surpassed $3 million at the box office in 1994.

"Clerks" became the basis of Smith's infamous "View Askewniverse," which intertwined characters and storylines into his subsequent films, such as "Mall Rats" and "Jay and the Silent Bob."

Library of Congress, the world's largest library, adds titles to the registry that are considered “culturally, historically or aesthetically” significant. Films must be at least 10 years old and are selected during a conference with members of the National Film Preservation Board, and more than 6,000 titles are nominated by the public. There are currently 775 titles in the registry.

See below for the full list of films added to the registry this year.