It was taken down on Thursday, Feb. 5 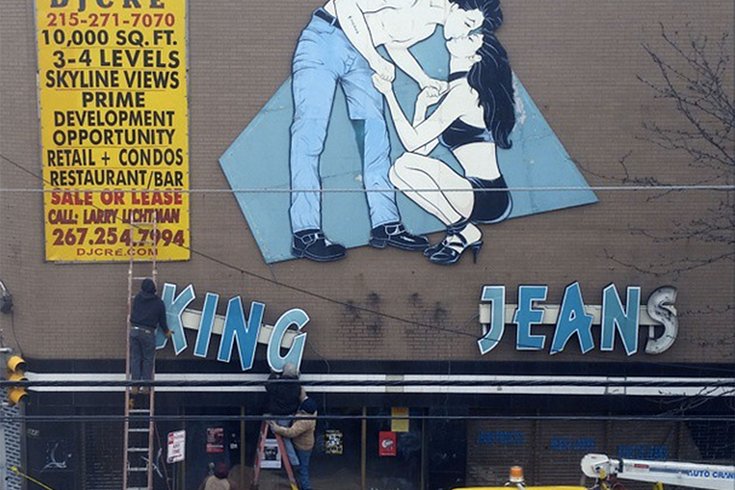 Read More
An iconic centerpiece of Passyunk Avenue is gone.

The King of Jeans sign for the retail store at 1843 E. Passyunk Ave. was removed on Thursday. The store closed in 2012 after nearly 40 years in business, City Paper reported, but the sign still lingered.

David Goldfarb, chairman of the East Passyunk Crossing Civic Association, said the civic association was not only sorry to see the sign go but searched, unsuccessfully, for another public location for the sign to be displayed.

"However you viewed the sign — as art, as kitsch, as borderline obscenity — it was undoubtedly part of the neighborhood's fabric, a reminder of an '80s era of East Passyunk that we are lucky to still drawn upon, and a conversation piece that reminded us to keep things weird on East Passyunk."

Goldfarb said in a press release that the sign will be displayed at Provenance Salvage, 912 Canal St., under the condition it not be resold.

The building will be demolished to make way for a five-story apartment building with retail and office space on the bottom two floors, according to the Passyunk Post. It is unclear when the developer, Rockland Capital, will move forward with further demolition.

Philadelphians reacted to the removal of the sign on social media.

Check out @south_1936 looking like the queen of jeans pic.twitter.com/VcVfIoKord