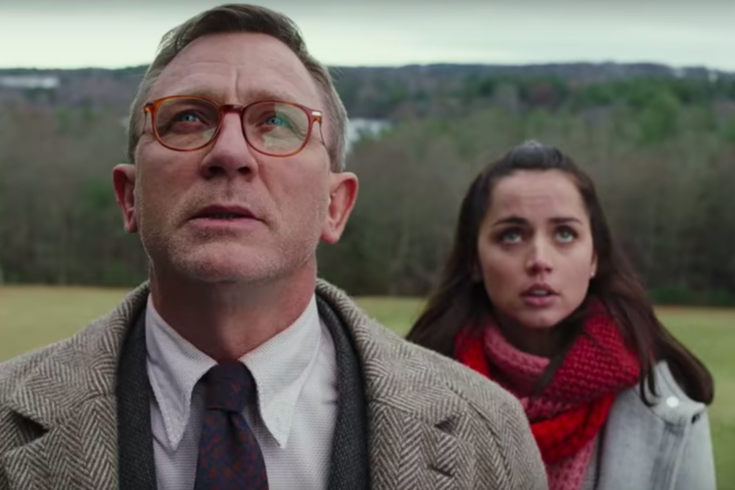 'Knives Out' was a favorite at the Philadelphia Film Festival this October. The movie will be released around Thanksgiving.

The 28th Philadelphia Film Festival has come to a close after 11 days and more than 100 screenings.

This year's program included a range of exciting titles, including "Jojo Rabbit," "Harriet," "The Irishman" and "Just Mercy."

Many were hits at festivals like Sundance and Cannes, but which movie ultimately captivated Philadelphia Film Festival attendees?

This year, the winner of the coveted Audience Award is a tie between a modern murder mystery and a reimagined buddy road trip comedy.

The festival announced "Knives Out" and "Come As You Are" as the award winners.

"Knives Out," written, produced and directed by Rian Johnson, is a whodunnit that follows a family gathering gone wrong. In the film, an ensemble cast starring Chris Evans, Jamie Lee Curtis and other talented actors try to convince Daniel Craig and Lakeith Stanfield they aren't murderers.

The movie comes to theaters Wednesday, Nov. 27, just in time for Thanksgiving viewing.

As for the other favorite, "Come As You Are," was directed by Richard Wong and written by Erik Linthorst. In the movie, three disabled men take a road trip to a Montreal brothel that caters to clients with special needs.

It made its world premiere at SXSW in March.

The winner of the Filmadelphia Audience Award, given to a film with a Philly connection, also was announced. Surprisingly, it was not "Maybe Next Year," a documentary about Eagles fans during the team's Super Bowl-winning season.

Instead, the winner is "The Nomads" a movie inspired by the North Philly high school rugby team of the same name.