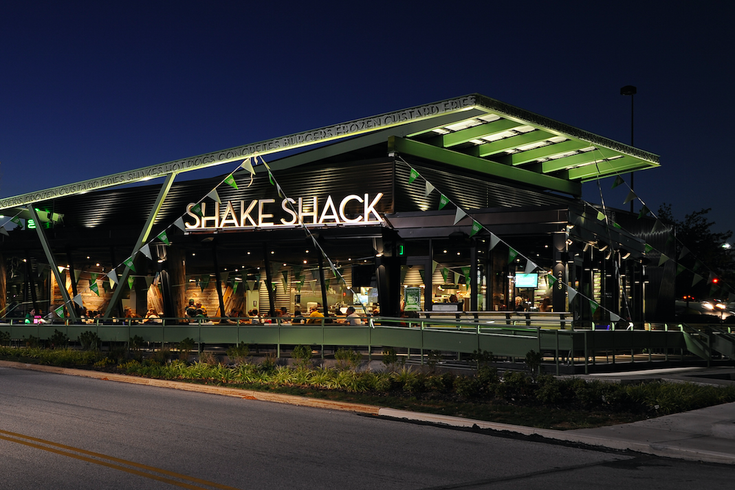 Shake Shack has a location at King of Prussia Mall.

A 155,000-square-foot expansion at the King of Prussia Mall adds 17 new restaurants and retail stores, and unite its two formerly separate halves under one roof.

The project, which began in the summer of 2014, increases the mall's footprint to 2.9 million-square-feet, according to the Simon Property Group, owners of the shopping center.

The 1.68-million-square-foot Plaza opened in 1963 and was joined in 1981 by the 902,000-square-foot Court, a fully-enclosed mall. The shopping areas were separated by a parking lot and connected only by an outdoor walkway. Beginning Thursday, shoppers can shop at new stores in the multi-level extension that connects the two malls.

Additional new stores will continue to open in the coming months with the last retail space expected to be filled by early 2017.

"Today is a milestone day for Simon," said Rick Sokolov, president and COO of Simon, in a statement on the opening. "King of Prussia has reached new heights....Customers now have greater access to the best names in retail and dining in one, seamless shopping environment."