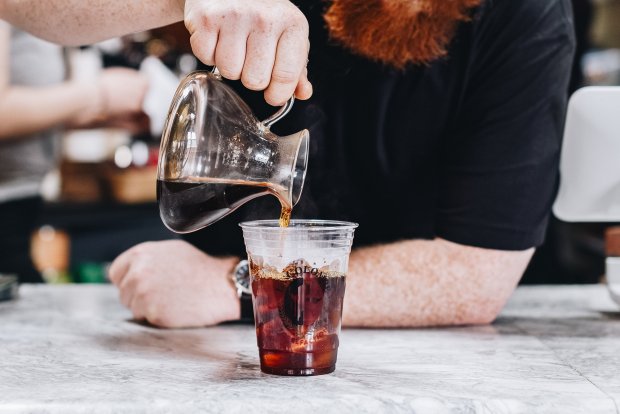 A spokesperson La Colombe said its Iced YirgZ is now available at all of its 23 locations.

La Colombe's got a new creation that seems pretty ideal for those warm summer months.

The coffee roaster unveiled its Iced YirgZ – a cold-brew that's made with less water than a regular cup of coffee for less "ice melt dilution" earlier this week.

"Unlike a batch brew, this makes sure your coffee isn’t such a watery mess," La Colombe wrote on its blog.

The Iced YirgZ has lemon, vanilla and peach undertones.

"When creating the Iced YirgZ we were influenced by Japanese-style cold coffee which replaces a percentage of the water used in brewing with ice," said Alicia Gentile, a spokesperson for La Colombe. "In this way, we brew a concentrated coffee with hot water and add it to ice to create the same flavor and body as hot coffee but in a cold beverage."

The drink was first made available in the beginning of May and can be purchased at all 23 of La Colombe's locations.