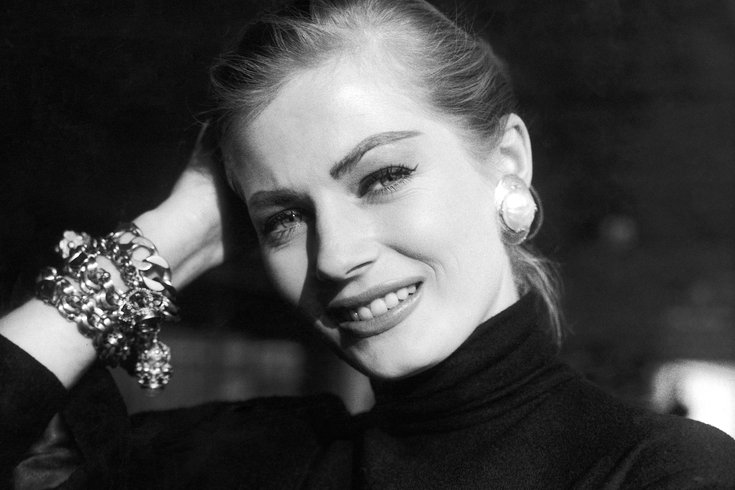 In this Nov. 15, 1955 file photo, Swedish actress Anita Ekberg, poses for a photograph on her arrival at London airport from Stockholm to take part in the film Zarak Khan, with Victor Mature, Michael Wilding and Eunice Gayson.

Anita Ekberg, the striking blonde Swedish actress whose sashay through Rome's Trevi fountain in "La Dolce Vita" made her an icon of cinema, died Sunday at 83 at a clinic near the Italian capital, her lawyer said.

"She had many friends who were with her until the end," Patrizia Ubaldi told Reuters in reference to Ekberg, who had been ill for two years and struggled financially for longer.

Earning a very low retirement income, Ekberg "didn't live in luxury in the last few years, but it would be wrong to say she died in poverty," Ubaldi said. She still owned a large villa south of the capital, she said.

Ekberg's funeral will be held in Rome this week, her body will be cremated and her ashes sent to Sweden, her lawyer said.

Ekberg, who was born in Malmo, Sweden, saw her career take shape after she was crowned Miss Sweden in the early 1950s. But she shot to global fame in 1960 after playing the capricious actress Sylvia opposite Marcello Mastroianni in Federico Fellini's celebrated "La Dolce Vita" (The Sweet Life), about decadent high society in Rome.

The scene of her wading into the baroque Trevi fountain in a strapless velvet black dress, calling to Mastroianni in English, "Marcello! Come here. Hurry up," is among the most famous in cinematic history, and made her a sex symbol for a generation.

"I was freezing to death," Ekberg later told Swedish television, recalling shooting the fountain episode. "I thought that my legs were becoming icicles. The water in the fountain comes from the mountains and the film was made in January."

Ekberg appeared in a number of films with some of the most famous actors of the 20th century, including Audrey Hepburn and Henry Fonda in "War and Peace" (1956), winning a Golden Globe as Most Promising Newcomer that same year.

In "4 for Texas", a 1963 comedy western, she shared top billing with Frank Sinatra and Dean Martin. She had already appeared with the comedy tandem of Martin and Jerry Lewis in movies shot in the 1950s.

Ekberg was courted by eccentric tycoon and filmmaker Howard Hughes and subsequently married two actors from whom she later divorced. Later in her life, she said that Sinatra had asked to marry her, and she had declined. She had no children.