One big difference, however, is the spaghetti eating contest 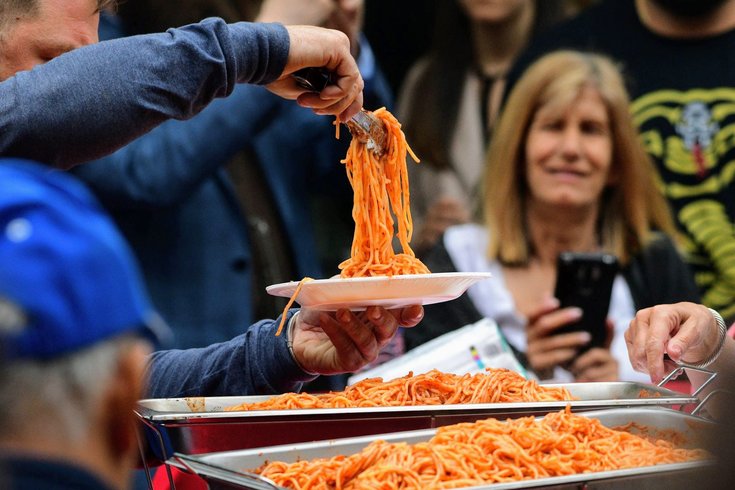 La Festa Italian Street Festival on East Passyunk Avenue will return on Sunday, June 2. This year, the South Philly block party will be bigger than ever before.

Similar to celebrations in Italy for the Festa della Repubblica (Italian National Day), attendees will spend the day eating, drinking and dancing in the street.

The annual contest is one of the South Philly festival's biggest draws. Thousands come out to watch the spectacle, cheering on competitors trying to eat the most spaghetti and sauce from Pastifico Homemade Pasta Co.

The contest kicks off at 3 p.m. Those interested in competing should visit the main bar, which will be located at the intersection of 13th Street and East Passyunk Avenue.

If you're not in for spaghetti, there's still plenty to eat. Stogie Joe's will have pizza, Esposito's Porchetta will have sandwiches, Mamma Maria Ristorante will have gnocchi and that's only some of the food available at the festival.

To drink, there will be craft beer, homemade wine, pineapple vodka and lots more.

La Festa is free to attend, with all food and drink pay-as-you-go. All proceeds from the street festival will benefit programs of Filitalia International, as well as the Christmas Seals program and the operation of the History of Italian Immigration Museum on East Passyunk Avenue.