Pennsylvania surpassed Florida for the most cities listed in the top 10; Philly ranked No. 19 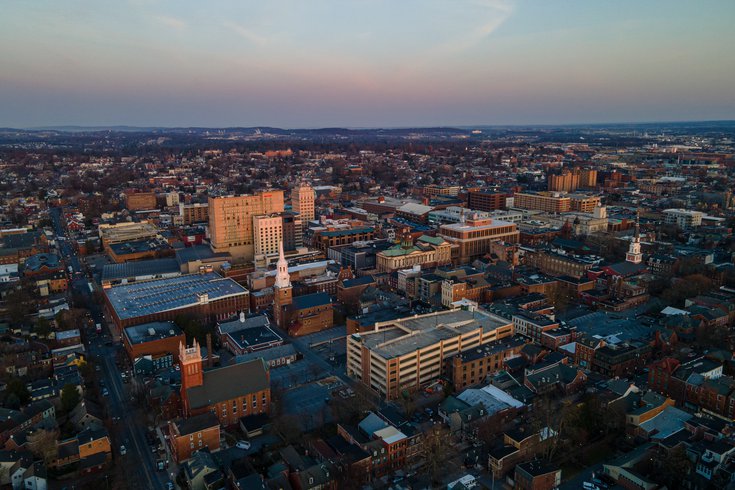 Lancaster is the best place to retire, according to U.S. News & World Report's latest ranking. It is 1 of 5 Pennsylvania cities to make the publication's top 10. Philadelphia ranks No. 19.

Lancaster County is known for its idyllic, rolling farmlands and rich Pennsylvania Dutch culture, but it's also home to the best U.S. city to retire in, according to U.S. News & World Report.

The city of Lancaster, located just two hours from Philadelphia, joined four other Pennsylvania cities in dominating the publication's annual Best Places to Retire rankings, loosening Florida's grip as the top retirement spot in the country. Harrisburg, York, Allentown and Reading all made the top 10, with Scranton, Philadelphia and Pittsburgh finishing among the top 20.

Lancaster moved up four spots from its place at No. 5 last year due to its scores on the quality of health care for seniors, tax rates and happiness of residents. There were some notable shifts among Pennsylvania towns — Harrisburg rose 11 positions from last year to reach No. 2, and York rose 12 positions to land at No. 5.

Though there are plenty of factors at play, one weighed slightly heavier than the others — housing costs.

"The drastic shift in the housing market, high inflation and concerns of a pending recession have retirees weighing housing affordability more heavily when considering where to retire," said Emily Brandon, senior editor for retirement at U.S. News. "Additionally, with COVID still a concern and access to good, affordable health care being of importance to retirees, Pennsylvania dominated the Best Places to Retire ranking's top positions, taking five of the top 10 spots on the list."

Housing affordability was weighted at 24% in U.S. News' evaluation of the top 150 metro areas in the United States, because housing is the largest expense for most retirees, CBS News reported. Affordability, resident happiness, health care quality, retiree tax rates, job market rates and desirability also were taken into consideration.

Scranton ranked No. 17, with Philadelphia and Pittsburgh filling out the top 20 at Nos. 19 and 20, respectively. No other Pennsylvania cities made the list. Only one city in New Jersey — Trenton — made the list, at No. 45.

Though Pennsylvania surpassed Florida in the listing's top positions, both states have the same amount of cities listed among the top 20 in the country, and Florida had more cities – 15 – included on the list overall. Yet, Florida was the only state with more cities on the list than Pennsylvania.

Thirty-three states, along with Washington, D.C., placed at least one city on the list. Michigan, Ohio and North Carolina each had six cities included in the top 100.

In order to determine the rankings, U.S. News & World Report compiled survey data from U.S. residents who are nearing retirement age, as well as those who are of retirement age, to see what matters most when determining where to retire.