Lawmakers could resume proceedings at a later date, though a recent legal challenge has cast doubt on the charges against the city's lead prosecutor 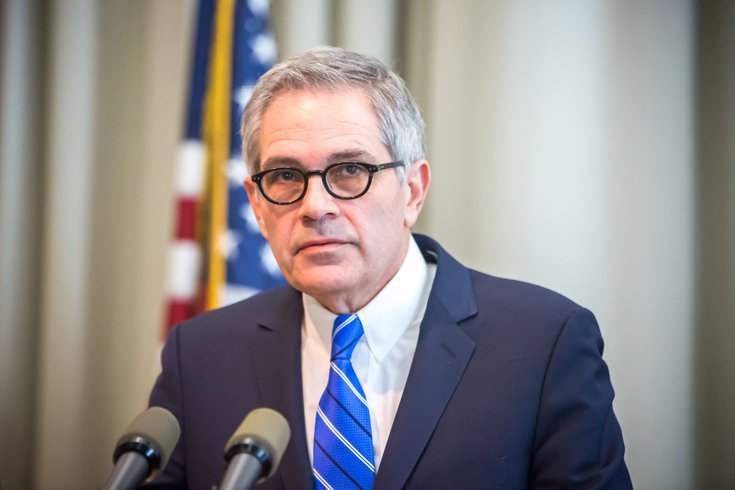 Philadelphia District Attorney Larry Krasner's impeachment trial has been indefinitely postponed in the Pennsylvania Senate following a Commonwealth Court ruling that said none of the articles of impeachment met the constitution's standard for 'misbehavior in office.'

Philadelphia District Attorney Larry Krasner's impeachment trial has been indefinitely postponed one week before it was set to begin. The Pennsylvania Senate voted unanimously on Wednesday to delay the proceedings in the wake of a state court ruling that cast doubt on the body's articles of impeachment against the city's lead prosecutor.

After lawmakers voted to readopt rules for the impending trial and swore an oath to uphold the state constitution while serving as jurors during the proceeding, Senate Majority Leader Joe Pittman offered up a motion to postpone the trial indefinitely. It was approved unanimously.

The decision to delay the trial, which was set to begin on Jan. 18, comes on the heels of a Commonwealth Court ruling on Dec. 30 which said that none of the articles of impeachment against Krasner satisfy the state constitution's standards for "misbehavior in office," which is described as "failure to perform a positive ministerial duty or performing a ministerial duty with an improper or corrupt motive."

The ruling, which was a response to Krasner's lawsuit against the state's impeachment committee, also rejected Krasner's claim that the state legislature does not have the capacity to remove local officials from office. The state court did not order the trial to be postponed, and lawmakers could resume proceedings at a later date.

The District Attorney's Office declined to comment on the postponement on Wednesday, though Krasner has previously decried the impeachment effort as an "anti-democratic authoritarian effort" to erase the votes of thousands of Philadelphians who elected him in 2017 and 2021.

The state House voted 107-85 along party lines to impeach Krasner in November. The measure, which accuses the district attorney of not enforcing state laws and establishing policies that have contributed to a rise in violent crime in the city, was spearheaded by Rep. Martina White, Philadelphia's lone Republican state representative.

The Pennsylvania Supreme Court has found that the standard for impeachment is "any misbehavior in office," and the impeachment resolution against Krasner listed seven total articles based on that standard. The 50-page document details several of Krasner's actions and policies as district attorney, which supporters of impeachment believe have contributed to a rise in crime across the city.

These policies include not seeking cash bail for people charged with misdemeanors and nonviolent felonies, not prosecuting people for prostitution or marijuana possession and considering a defendant's immigration status in the plea bargaining process.

The resolution paints a picture of a "city that has descended into an unprecedented crisis of lawlessness," describing violent crime occurring in all parts of the city during all parts of the day under Krasner's leadership.

In a press briefing following the introduction of the articles of impeachment in October, White and other House Republicans described Philadelphia as a crime-ridden city that has fallen into crisis due to Krasner's "progressive criminal justice philosophy that prioritizes criminals over victims," and used the city's homicide rate as evidence of Krasner's failure in office.

Legal experts do not believe it's possible for the state Senate to remove Krasner from office. Conviction and removal from office requires a two-thirds majority in the Senate, if the chamber is able to resume its planned trial.

Convictions on articles of impeachment are rare in Pennsylvania, where the legislative body has only removed one elected official in its 340-year history: Rolf Larsen, a former state Supreme Court justice who was impeached in 1994 for a series of ethics violations.