Rep. Martina White said during a press conference Wednesday that "no public official is above the law" 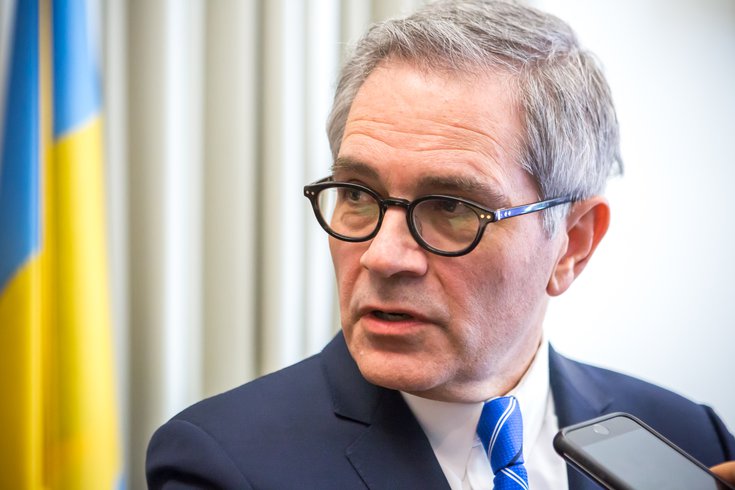 Pennsylvania House Republicans filed articles of impeachment on Oct. 26 against Philadelphia District Attorney Larry Krasner. Rep. Martina White and others on the Select Committee on Restoring Law and Order accuse Krasner of abuse of office in his failure to reverse rising crime trends. They have not alleged criminal behavior.

Pennsylvania House Republicans announced articles of impeachment against Philadelphia District Attorney Larry Krasner Wednesday, decrying his "progressive criminal justice philosophy that prioritizes criminals over victims," which has led to increased homicide and carjackings in the city, they say.

The Republicans assembled at the press conference this morning painted a picture of a crime-ridden city where citizens live in "fear of even going to Wawa." They linked climbing crime stats to Krasner's leadership, citing recent findings from a select committee investigation.

"These are the consequences of District Attorney Larry Krasner's failure in office," Rep. Martina White, the primary sponsor of the articles of impeachment, said in the conference. "No public official is above the law."

White and her colleagues referenced several recent crime stories, including the Sept. 27 Roxborough High School shooting and the closing of two Wawa locations in Center City over safety concerns. They told stories of priests carjacked while unloading wheelchairs, and waxed poetic on Philadelphia's historic symbols of freedom, including the Liberty Bell.

The resolution to impeach Krasner cites "misbehavior in office" as his offense. An additional 24 House Republicans co-sponsored the 22-page legislation, which outlines several policies in Krasner's office that the sponsors attempt to link to spikes in crime. Those policies include not seeking cash bail for most cases, considering a defendant's immigration status in the plea bargaining process and not prosecuting crimes like prostitution or marijuana possession.

The resolution was referred to the Judiciary Committee on Wednesday. (A copy of the resolution is embedded at the end of this article.)

Reporters at the conference questioned whether Krasner's alleged inaction met the standard for impeachment, since the House Republicans had leveled no accusations of criminal behavior. They countered that "misbehavior in office" offered sufficient standing. House Republicans also denied that the announcement was tied to the upcoming midterm elections, but would not commit to a floor vote before the election or the end of the current legislative session.

The House must now hold a vote on advancing the articles to the Senate. Should a majority vote in favor, the Senate will set rules and trial proceedings. House Republicans said they've been in contact with colleagues in the Senate over these next steps.

Krasner said he was "utterly disappointed" with the select committee's conduct in a statement last week, calling for an open dialogue "when you are not seeking political points right before an election."

"You have never specified what your basis of impeachment is," he continued. "There has been no suggestion of criminal conduct or corruption of any kind. You have never indicated to me or to anyone why I should be impeached, but there is little doubt the Select Committee intends to recommend my impeachment. Rep. Ecker, one of the members of this committee, even publicly called for my impeachment before the Committee was formed."

In another statement, Krasner said he had accepted an invitation to answer questions for the select committee in a "public and transparent hearing," but backed out when the committee asked for a private interview.

The Pennsylvania House Republican Caucus has published its "case against Krasner" on its official website. As of this writing, Krasner has not responded to the impeachment announcement.

Note: This story was been updated after it was originally published