The company has closed several city locations in recent years, but it claims 'Philadelphia is our hometown and that's something that will never change' 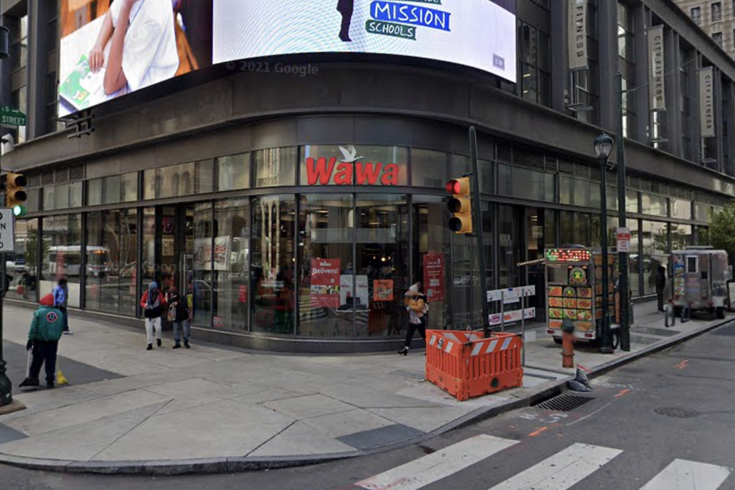 Wawa is closing another two stores in Center City, continuing a trend that has seen the convenience store chain withdraw from Philadelphia and reduce hours at many of its remaining stores in the city.

"Despite reducing hours and investing in additional operational measures, continued safety and security challenges and business factors have made it increasingly difficult to remain open in these two locations," Wawa spokesperson Lori Bruce said.

Employees at both stores will be offered employment with the company elsewhere, Bruce added.

Wawa is aiming to double its store count by 2030 by entering several new states and pushing further into central Pennsylvania. But the company may exclude Philadelphia from its expansion plans, according to City Councilmember Mike Driscoll, who recently met with senior company executives.

The Delaware County-based company made national news last month when a viral video showed a large group of juveniles ransacking a Wawa in Mayfair. Overnight Thursday, police responded to the Wawa at 36th and Market streets in University City, where employees said they were pepper-sprayed by a group of people.

"These two closures do not necessarily impact or limit potential for future stores in Philadelphia County," Bruce said. "We continue to be focused on doing everything we can to monitor and work with local authorities to address challenges impacting operations in any other stores."

The moves the company has made in Philadelphia over the past few years are a stark change in direction after Wawa invested heavily in its presence downtown.

When Wawa opened its former flagship store at Broad and Walnut streets in 2015, the company seemed to be all-in on becoming a 24-hour destination for late night convenience in Center City. The subsequent opening of the Independence Mall store in 2018 reinforced that idea.

But in the months after the COVID-19 pandemic hit, Wawa closed the Broad and Walnut store – less than five years after it opened. Even prior to the pandemic, there had been three stabbings at the store within the span of a few months in 2018.

At the time of the closure, Bruce cited the challenges of the public health crisis and "operational uncertainties" — language the company used again when it closed its store at 13th and Chestnut streets last December, less than four years after its opening. Last fall, the Wawa at Ninth and South streets also closed due to what the company called "changing consumer trends."

This time, Wawa directly acknowledged the impact that crime has had on business in the city, from shoplifting to more dramatic incidents like the one in Mayfair. In August, Wawa was sued by the family of a man who was stabbed to death outside the store at 1602 S. Columbus Blvd. on Valentine's Day.

Wawa has limited store hours at most of the remaining locations in Center City and University City. With the two latest closures, Wawa will be down to 10 stores in these parts of the city.

Bruce said the company hopes to "repurpose these two locations to further benefit Philadelphia," but she did not specify what that might mean.

Wawa remains a partner with the city on a number of events, including the Wawa Welcome America festival and Philly Soccer 2026, which is part of the city's FIFA World Cup planning. The company also supports the Children's Hospital of Philadelphia and city-based nonprofit organizations through the Wawa Foundation.

"We are very sorry we can't be there for our friends and neighbors at these two locations, but we continue to serve the community from our other nearby stores and our commitment to the greater region remains strong," Bruce said. "Philadelphia is our hometown and that's something that will never change."