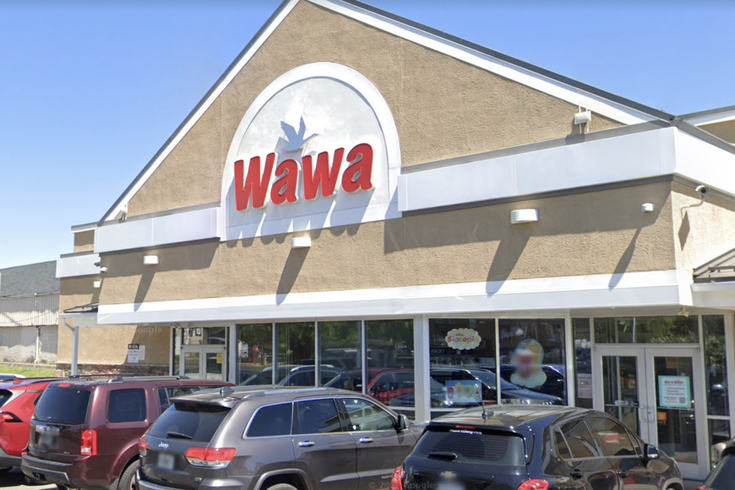 A Wawa on the 7000 block of Roosevelt Boulevard in Mayfair was vandalized just after 8:15 p.m. on Saturday. Videos of the incident have circulated on social media and show numerous individuals looting and throwing items.

Philadelphia police are looking to identify as many as 100 juveniles – some as young as 10 years old – who looted and vandalized a Wawa in Mayfair last weekend.

The incident occurred Saturday around 8:15 p.m. at the Wawa on the 7000 block of Roosevelt Boulevard in Mayfair. In videos posted to social media, the juveniles were seen screaming, throwing merchandise and breaking things in the store.

Police said $10,000 in damages resulted from the incident. They believe at least some of the juveniles had been leaving the roller skating rink located a few doors away from the convenience store.

Police released surveillance video and photos from the incident, and they are seeking information about any of the people involved. In the video, the group of teenagers are seen rushing into the store, looting items, throwing things and knocking displays over before rushing outside.

Some of the juveniles were seen jumping on parked cars before fleeing the area on foot. No arrests have been made, so far.

At a news conference on Monday, Capt. Jason Ryan said investigators haven't determined what triggered the incident, but it could be connected to social media, WHYY reported.

"It does fit in with the past 10 years with the various kinds of flash mobs, car meets, and other spontaneous disorder," Ryan said. "The charges can include riot, criminal mischief, vandalism, theft, riot being a felony. If everyone's seen the video, it certainly falls into the parameters of what we can call a riot."

Anyone who encounters a person seen in the surveillance footage, should not approach them. police said. Instead call 911 immediately.

Information also can be submitted via an anonymous tip to Philadelphia police by calling or texting (215) 686-TIPS, using this online form or contacting the Northeast Detective Division at (215) 686-3153.

"We are working closely with law enforcement to support their efforts to bring all of these perpetrators to justice as soon as possible," a spokesperson for Wawa told 6abc. "We remain committed to protecting our associates and customers and ensuring a safe, welcoming environment for each customer, in every Wawa store. Nothing is more important to us."

Earlier in September the same Wawa was robbed by a person suspected of robbing multiple at least two of the convenience store's location in the Northeast.

On Sept. 8, the suspect held up the Wawa at 8406 Castor Ave., wielding a handgun and demanding money, and then Sept. 11, the same armed suspect robbed the Roosevelt Boulevard store where Saturday's incident occurred. He made off with more than $400 total.

Wawa is offering a $5,000 reward for information leading to the person's arrest and conviction.