Mark Houck, 48, allegedly shoved a volunteer to the ground twice outside of the facility last October 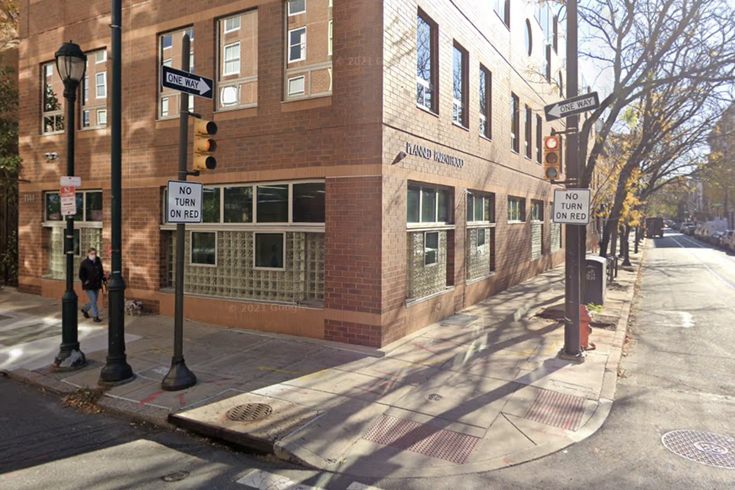 Two incidents happened on Oct. 13 at the Planned Parenthood Elizabeth Blackwell Health Center on Locust Street. Mark Houck, 48, of Kintnersville, allegedly shoved a volunteer escort to the ground as he walked with two patients who were leaving the reproductive health clinic.

Later, Houck verbally confronted the man and again shoved him to the ground in front of the building, causing injuries that required medical attention, authorities said.

Houck is the co-founder and president of The King's Men, a Catholic ministry that he formed in 2006 to create outreach groups for men. The ministry has spread to 16 other states and is primarily opposed to pornography, which it considers the root cause of a range of societal problems. The group describes itself as "100% pro-life from the moment of conception to natural death," according to its website, and Houck routinely has spoken at other ministries in the United States.

Houck's wife told the website LifeSiteNews that a group of 25 SWAT officers surrounded the family's home last week and pounded on the door.

“(They) had big, huge rifles pointed at Mark and pointed at me and kind of pointed throughout the house,” Houck's wife said, adding that agents ordered the couple's children to remain upstairs.

The FBI's Philadelphia Field Office disputed the remarks made by Houck's wife.

"There are inaccurate claims being made regarding the arrest of Mark Houck," an FBI spokesperson said. "No SWAT Team or SWAT operators were involved. FBI agents knocked on Mr. Houck's front door, identified themselves as FBI agents and asked him to exit the residence. He did so and was taken into custody without incident pursuant to an indictment."

An FBI source told Fox News that about 15-20 agents were at the scene. They did have their guns drawn, but the weapons were lowered as soon as Houck was taken into custody. The FBI denied pointing guns at Houck's children.

Houck's wife further claimed that the case against her husband previously had been dropped by federal prosecutors in Philadelphia, but it was later picked up again by the Justice Department.

Houck reportedly visited Philadelphia every week to protest outside of abortion clinics in the city, sometimes taking his son with him. Protests and demonstrations outside these clinics often lead to tense exchanges between pro life and pro choice opponents, but the right of patients to safely access these buildings is federally protected.

Hauck is charged with violating the Freedom of Access to Clinic Entrances (FACE) Act, which makes it a federal crime to use force with the intent to injure, intimidate and interfere with anyone because that person is a provider of reproductive health care.

“Assault is always a serious offense, and under the FACE Act, if the victim is targeted because of their association with a reproductive healthcare clinic, it is a federal crime,” said U.S. Attorney Jacqueline C. Romero. “Our Office and the Department of Justice are committed to prosecuting crimes which threaten the safety and rights of all individuals.”

Houck faces a maximum possible sentence of 11 years in prison, three years of supervised release and fines of up to $350,000.

Houck's arrest comes as abortion rights in Pennsylvania figure to play a significant role in the upcoming mid-term elections in November. Pennsylvania's legal protections for women seeking an abortion have not been curtailed by the U.S. Supreme Court's decision in June to overturn Roe v. Wade, but the door has been opened to legislative action that could restrict abortion access.

Last week, pro-life advocates held a March for Life rally outside the State Capitol in Harrisburg, while Democratic lawmakers unveiled a package of bills that would strengthen protections and expand access to abortions in Pennsylvania.