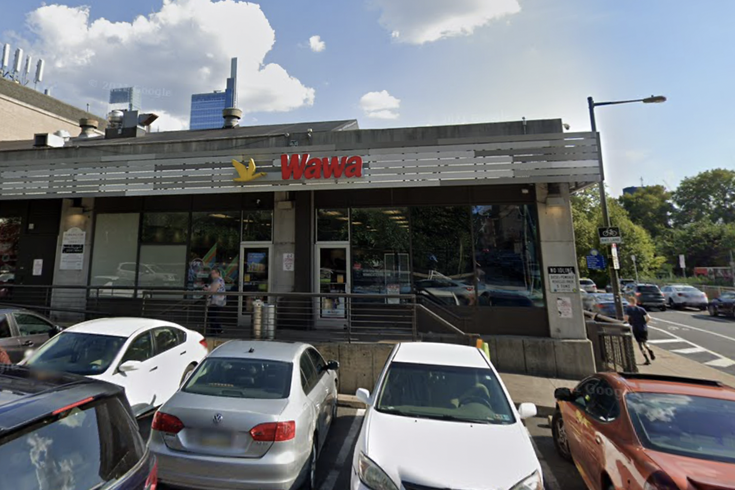 The Wawa at 20th and Hamilton streets in Center City has scaled back from 24-hour service, now closing daily at 11 p.m. The store is one of several in downtown Philadlephia that have either closed or reduced store hours in recent years.

Wawa has spent much of the last year touting plans to double its total store count by 2030, entering new markets from North Carolina to Alabama, Tennessee and further into central Pennsylvania in the coming years.

But in Philadelphia, where the company had seemed bullish during the last decade, Wawa has quietly scaled back its presence in Center City with a number of store closures and reduced hours.

This week, the Delaware County-based company ended 24-hour service at its Franklintown store at 20th and Hamilton streets, adjusting daily hours to an 11 p.m. close time, the Inquirer reported on Tuesday. It's the latest Wawa in Center City to curtail overnight hours.

When Wawa opened its former flagship store at the corner of Broad and Walnut streets in 2015, the company seemed to be all-in on becoming a 24-hour destination for late night convenience in downtown Philadelphia. The subsequent opening of the Independence Mall store in 2018 reinforced that idea.

But in the months after the COVID-19 pandemic hit, Wawa closed the Broad and Walnut store within five years of its opening. At the time, Bruce cited the challenges of the public health crisis and "operational uncertainties" for the closure — language the company used again when it closed its store at 13th and Chestnut streets last December, less than four years after opening the space. Earlier last fall, the Wawa at Ninth and South streets also closed due to what the company called "changing consumer trends."

The problems at the Broad and Walnut store preceded the pandemic and led to a similar pattern of reduced hours before the store's eventual closure. In the span of a week in June 2018, two stabbings occurred outside the flagship Wawa, followed by a third stabbing a few months later. Wawa responded by eliminating the store's 24-7 schedule, closing nightly from 11 p.m to 5 a.m.

The closure of the Chestnut Street store came after Wawa opened a tiny, 3,000 square-foot-location nearby at 33 S. 16th St., just off Chestnut Street. That store closes daily at 6 p.m.

Wawa shoppers and Philadelphia residents, attempting to read between the lines, often have pointed to problems with panhandling, shoplifting and security as reasons for the company's partial withdrawal from Philadelphia. Just last week, Wawa was sued by the family of a man who was fatally stabbed in February outside the 24-hour store on Christopher Columbus Blvd. in South Philadelphia. That store remains open overnight.

The loss of Center City foot traffic was a clear blow to many downtown businesses during the first year or so of the pandemic, but the Center City District noted in June that daily pedestrian foot traffic is now back up to 84% of pre-pandemic levels, while shopper and visitor foot traffic is at 96%. Much of the slowdown in Center City has dissipated, and large employers like Comcast are pushing workers to return to the office.

Despite the pattern of closures and reductions in hours, Wawa has maintained that it is committed to Philadelphia.

"Philadelphia is our home town and that will never change," the company told the Philadelphia Business Journal after the store on South Street closed in September 2021.

Wawa's latest change in hours at a Center City store follows the decision by Starbucks last month to close its busy location at 10th and Chestnut streets. The coffee chain was more forthright about its security concerns at the store, which it said had been raised by employees, though critics suspect the company's move was a countermeasure to the unionization push made by Starbucks workers in the U.S. over the past year.

The aggressive growth plan Wawa has laid out in the years ahead — with an expansion of drive-thru locations — speaks to a giant brand undergoing a transition in priorities. Forbes last year ranked Wawa the largest private company in Pennsylvania with $11 billion in revenue, more than 970 stores across six states, and roughly 38,000 employees. The annual ranking named Wawa the 29th largest private company in the United States.

But for residents and visitors in Center City, 24-hour convenience no longer appears to be a focal point for Wawa. The company gave it a shot, but encountered more operational issues than it had bargained for when its stores seemed to be sprouting left and right before the pandemic.