Center City Starbucks among 16 U.S. cafes to close due to workers' safety concerns 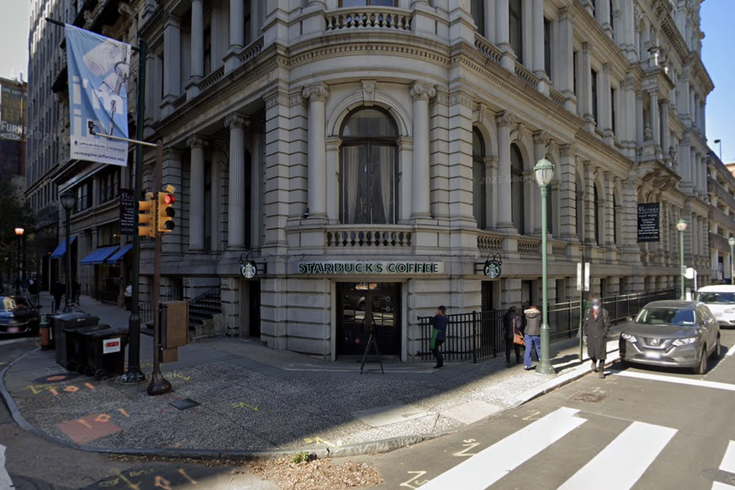 Starbucks will soon close its Philadelphia store at 10th and Chestnut streets in Center City. The company plans to shutter 16 cafes in the U.S. after reviewing safety concerns submitted by employees.

The Starbucks at 10th and Chestnut streets in Center City is one of 16 stores in the United States that the coffee chain will shut down over safety and public health concerns shared by employees.

The list of stores impacted by the company's planned closures also include locations in Seattle, Los Angeles, Washington and Portland, Yahoo News reported. The 10th and Chestnut store is the only Philadelphia cafe slated to close.

Starbucks had taken reports from its workers about drug use observed among customers and members of the public, creating an environment the workers felt was unsafe.

"We read every incident report you file — it's a lot," Debbie Stroud and Denise Nelson, the Seattle-based company's leads of U.S. operations, said a joint message to Starbucks employees. "We cannot serve as partners if we don't first feel safe at work."

Employees from closing store locations will be transferred to other Starbucks stores, the company said. Specific incidents reported by workers were not disclosed in the company's letter.

It's not yet clear when the Starbucks at 10th and Chestnut streets will close.

A manager at the store in Center City could not be reached Tuesday afternoon, though the store remained open. An employee who answered the phone said she was unaware of plans to close the coffee shop.

A leader at Starbucks Workers United, which has led a unionization push among Starbucks workers, told the Wall Street Journal that many employees were surprised by the planned closures and wished they could have been more involved in the decisions.

Interim Starbucks CEO Howard Schultz, who rejoined the company in March, wrote in Monday's letter to employees that some of the company's cafes are not equipped to deal with the range of challenges employees face.

"Like so much of the world right now, the Starbucks business as it is built today is not set up to fully satisfy the evolving behaviors, needs and expectations of our partners or customers," Shultz wrote.

To protect employees, Starbucks is expected to allow managers the ability to limit seating, reduce operations and even close restrooms in response to safety concerns, the Wall Street Journal reported.

Starbucks had to publicly apologize in 2018 after an incident at the Philadelphia store at 18th and Walnut streets. Two Black men were arrested after a store manager called police to complain that the men refused to order anything and declined to leave the store. The men were both realtors and were waiting for a friend to arrive at the store to discuss business. One of the men was denied access to the store's bathroom, since he hadn't ordered anything.

The incident prompted protests outside the store and led to a day of Starbucks closures across the U.S. for racial bias training. The company and the city reached a settlement with the two men, who each received $1 and a pledge of $200,000 from the city to create a youth entrepreneur program.