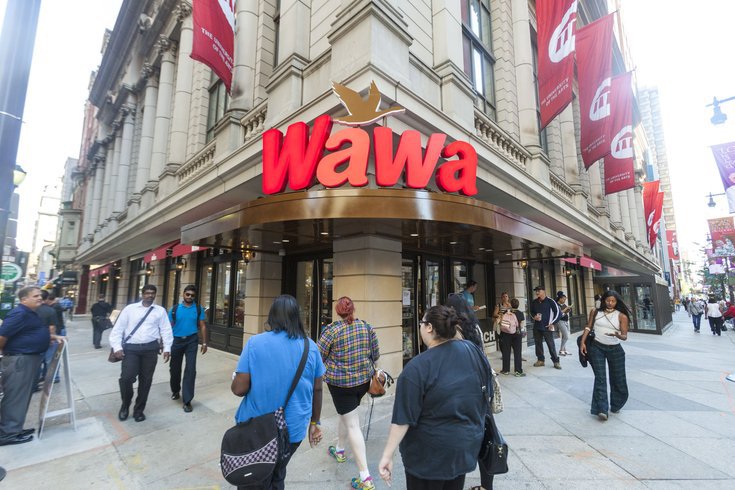 Five years after Wawa opened its store at Broad and Walnut Streets in Center City, the company has closed the location for good. Calling the decision 'difficult,' a company spokeswoman said the challenges of COVID-19 impacted the store's future viability.

Wawa has permanently shut down its location at Broad and Walnut streets in Center City, ending a five-year run marked by crime, crowds and long lines.

The news was first reported Monday by PhillyChitChat's HughE Dillon, who noticed activity outside the store and saw a giant "W" being carted away by a worker.

Wawa spokeswoman Lori Bruce later released a statement, citing the coronavirus pandemic as a reason for the closure.

Over the last few months, we have worked to navigate the challenges of COVID-19 and serve our communities through our role as an essential provider. Now, due to the unique circumstances that continue to impact our customers’ daily lives and our own store operations, we are saddened to say that we will not be reopening our Broad and Walnut store.

This decision was a difficult one. But due to the impact from the pandemic coupled with some operational uncertainties of today, our long-term plans for this store are no longer viable.

With reduced foot traffic in Center City in recent months, the store had seen a slowdown in its regular jam-packed business.

But there have been other concerns at that location during the past few years. In the span of a week in June 2018, two stabbings outside the Wawa prompted to the store eliminate its 24-7 schedule, closing nightly from 11 p.m to 5 a.m. Another stabbing occurred outside the store just a few months later in October 2018.

The company recently revealed plans to open a freestanding drive-thru location in Bucks County and introduce drive-thru service at a store in South Jersey.

"As we continue to respond to the new realities of the current situation, we are also accelerating development of new on-the-go experiences and innovative store formats to serve our communities in new and better ways," Bruce said. "We are expanding delivery, curbside ordering and pick-up, testing drive-thrus and will be introducing other new digital conveniences."

The property at Broad and Walnut streets has faced hard luck over the past 15 years. Prior to becoming Wawa, it was a Robinson Luggage shop that infamously got looted when the Phillies won the World Series in 2008. The luggage store eventually closed in 2013.

"We are grateful for all the new friends and customers we have met during our time here on this corner," Bruce said of the closing store.

Wawa did not indicate any plans to shut down other locations in Philadelphia.