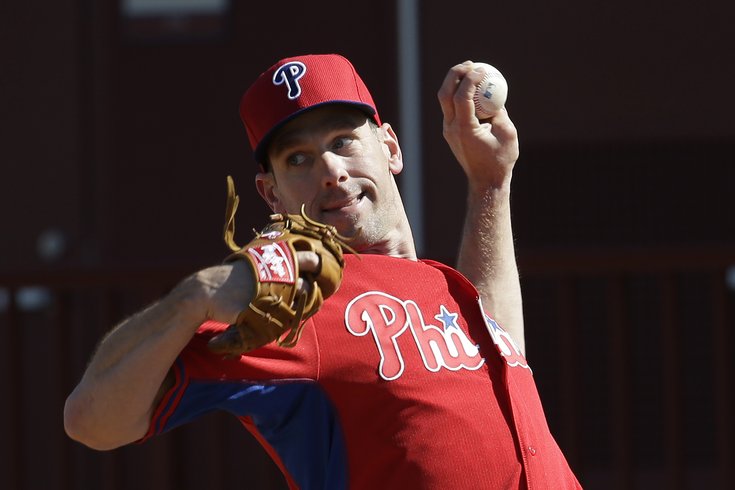 CLEARWATER, Fla. — Phillies pitcher Cliff Lee is awaiting a second opinion from Dr. James Andrews on his ailing left elbow and says surgery would end his season and possibly his career.

The 36-year-old left-hander didn't pitch after July 31 last year because of a left flexor pronator strain. He said his left elbow felt normal as he threw two scoreless innings Thursday against Houston in his spring training debut, but he felt discomfort the following day. An MRI on Sunday revealed "very mild inflammation," according to general manager Ruben Amaro Jr.

"It'd be six-to-eight months out," Lee said. "So, basically, if I have the surgery this season will be done, possibly my career, I guess. I don't know. We'll have to see."

Lee and the Phillies hoped to hear back from Andrews later Monday or on Tuesday. Lee realizes surgery would have major ramifications on his career.

"It'd be six-to-eight months out," Lee said Monday. "So, basically, if I have the surgery this season will be done, possibly my career, I guess. I don't know. We'll have to see."

Lee is entering the final guaranteed season of a $120 million, five-year contract. The deal includes a $27.5 million team option for 2016 with a $12.5 million, a year that would become guaranteed if he pitches at least 200 innings this year and he is not on the disabled list at the end of the season due to a left elbow or shoulder injury.