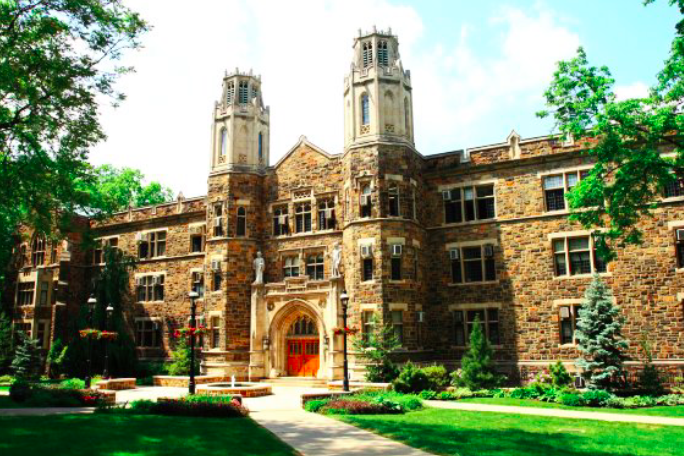 The Lehigh University Police Department responded to a report of a student acting erratically near campus on Sept. 16, 2019. Authorities found the student possessed a loaded gun and a knife.

A student at Lehigh University was taken into custody Monday after police said he was displaying signs of erratic behavior near campus and found to be carrying a loaded gun and a knife.

The Lehigh University Police Department said detectives were investigating reports about the student around noon when they encountered a disturbance near Farrington Square, by the intersection of Morton and New streets.

When police arrived at the scene, they observed the man shouting and banging on the window of an occupied car.

The man initially resisted attempts by police to restrain him until additional officers responded to assist. Investigators found him in possession of the gun and knife.

The student was transferred to a local health care facility for psychiatric evaluation, police said. He was not identified and no charges have been announced.

Authorities credited another Lehigh student for bringing the man's concerning behavior to their attention.

"The reporting student's actions alerted us to the problematic behavior and helped us resolve the problem without anyone being hurt," police said in a statement.