Police searching for man who robbed, knocked 87-year-old to the ground in South Philly 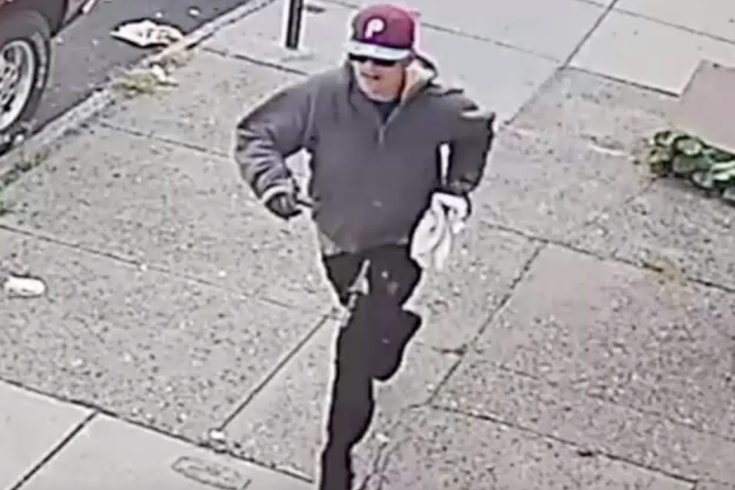 Police are searching for a man who knocked an 87-year-old man to the ground, and robbed him, in South Philly earlier this month.

A thief was caught on video knocking an 87-year-old man to the ground and robbing him in South Philly earlier this month, Philadelphia police said.

The incident took place just after 8 a.m on Sept. 2 in the Pennsport neighborhood on the 1700 block of South Fourth Street, according to police, who are searching for the suspect.

The thief had been seen lurking around the block prior to the robbery, wearing a Phillies hat and a gray hooded sweatshirt, in surveillance video reviewed by authorities.

The man had been attempting to deliver receipts and payroll to a business on the block, according to police, when the suspect struck the older man, engaging in a brief struggle for the bag, which resulted both men falling to the ground before the suspect took off with the bag.

You can watch video of the incident, released Friday by police, below: