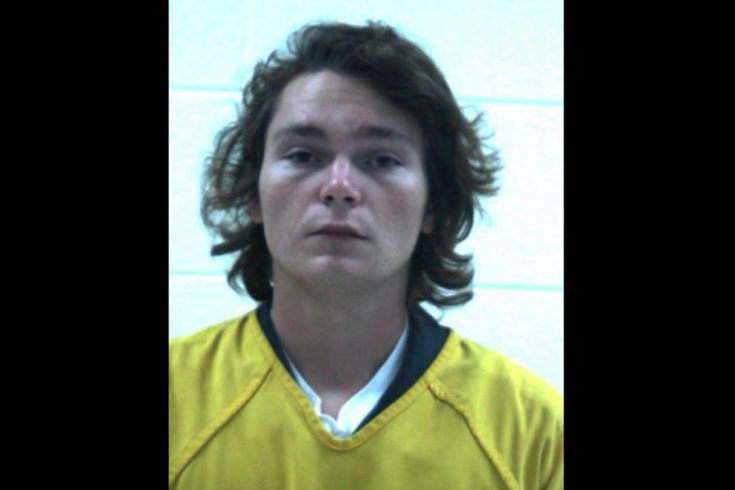 Bailey Alger, 22, of Georgia, allegedly broke into a restaurant in State College, Pennsylvania and stole $3,000 from the register. Police said Alger also stole a car that later turned up in an accident in Erie County.

A Georgia man has told State College police he was on acid last month when he broke into a Korean restaurant, made himself a meal, gave himself a $3,000 refund, and then stole a car that later turned up in a serious accident in Erie County, authorities said.

Bailey Alger, 22, was first arrested on Aug. 5 in Millcreek Township when police found a stolen 2016 Infinity Q70L that had been involved in a crash.

Alger told police he had taken acid and "a bunch of other drugs," according to an affadavit of probable cause obtained by The Centre Daily Times. He is charged in Erie County with receiving stolen property, DUI and a pair of summary traffic citations.

Investigators traced the Infiniti back to State College, where it was allegedly stolen from outside Korean Table, a restaurant in the 300 block of South Allen Street.

The restaurant's owner reportedly returned home from vacation in early August and found the front door of his establishment had been left open. Inside, he found his food and wares had been rearranged in the kitchen.

When interviewed by Millcreek police, Alger admitted he broke into Korean Table while high and cooked himself food. He gave himself the refund by logging into the register as an employee, police said. Alger spent the night at the restaurant and left in the morning with the Infiniti parked outside.

Alger additionally is charged with burglary, criminal trespassing, theft and related offenses. He is being held at the Centre County Correctional Facility after he was unable to post $25,000 bail. An arraignment is scheduled for Sept. 23.