The former bassist, nicknamed 'Hub,' recorded seven studio albums and won a Grammy during his 15 years in the group 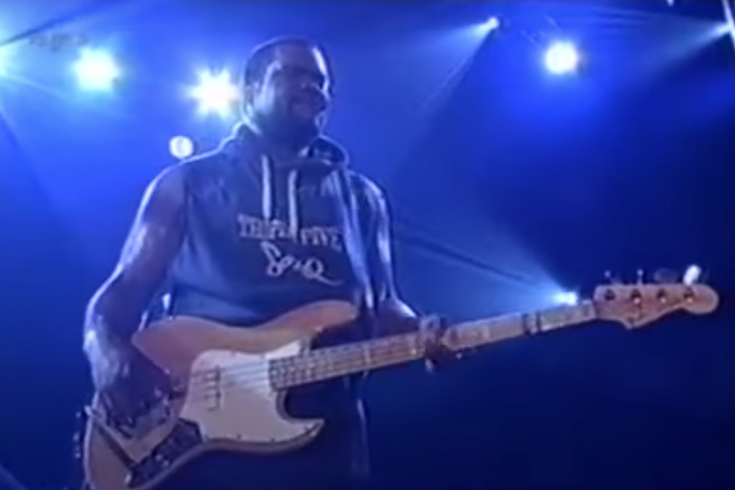 Leonard Hubbard, nicknamed 'Hub,' was a founding member of The Roots and the band's bassist from 1992-2007. He died Thursday at age 62.

Leonard Hubbard, a founding member of The Roots, died Thursday after a nearly 15-year fight with blood cancer. He was 62.

The West Philly native, who went by the nickname "Hub," was taken to Lankenau Medical Center in Wynnewood, Montgomery County on Wednesday after he suddenly became immobile, his wife, Stephanie Hubbard, told 6ABC. Hubbard's cancer had been in remission until last month, she said.

MORE: Questlove to release 'Summer of Soul' soundtrack in January

The Roots took to social media Thursday to pay tribute to Hubbard, who served as the band's bassist from 1992-2007.

"May your transition bring peace to your family, to your friends, to your fans and all of those who loved you," the group wrote. "Rest in Melody Hub."

It’s with the heaviest of hearts that we say goodbye to our brother Leonard Nelson Hubbard.
May your transition bring peace to your family to your friends to your fans and all of those who loved you.

Fans of Hubbard's music also mourned his death, which came a little more than a year after another founding member, Malik Abdul Basit, died at age 47.

RIP to the legendary Leonard “Hub” Hubbard of The Roots. He was a revolutionary bass player and impeccably cool, creative and beautiful person. pic.twitter.com/sm6AcSGJYh

I spent so many hours/days/weeks listening 🎧 to this song on repeat in the early 90s! Salute you #LeonardHubbard on the bass! 🎶🎸🎶 RIP 👑 #Essaywhuman?!!!??! pic.twitter.com/8dwvRPGR7y

Hubbard started playing bass in the fourth grade and was inspired by musicians like John Coltrane and Jimi Hendrix. He studied in a music magnate program at Overbrook High School and also learned classical piano at Settlement Music School in Philadelphia, according to the Inquirer.

After playing in several other bands, Hubbard joined The Roots in 1992 after performing alongside Ahmir "Questlove" Thompson and Tariq "Black Thought" Trotter at a show in Philly. The group was still known as the Square Roots at the time.

Hubbard's arrival came just one year before the band's debut album "Organix" was released in 1993. He recorded seven studio albums with the band over a 15-year period, helping write and arrange a number of tracks.

A seven-time Grammy nominee, Hubbard won his only Grammy in 2000 for best rap performance by a duo or group with "You Got Me" by The Roots featuring Eve and Erykah Badu, according to Billboard. The track came off of the group's platinum-certified record "Things Fall Apart" from 1999.

Hubbard also performed with The Roots on tour, and became known for appearing onstage in a sleeveless, hooded sweatshirt with a stick of licorice root in his mouth.

Hubbard's last album with The Roots was "Game Theory" in 2006. He was no longer with the band when it began serving as Jimmy Fallon's late night show band in 2009. He had left The Roots in 2007 after he was diagnosed with a multiple myeloma, a form of blood cancer.

Hubbard twice reunited with the group after his departure. He appeared during a performance at the Roots Picnic in 2008 and when the band played with John Legend in 2010, according to Rolling Stone.

Hubbard underwent two rounds of chemotherapy and was still producing music, including a new project that he had completed last week, his wife said.

In 2016, Hubbard sued Questlove, Black Thought and the group's manager, alleging that he was paid less than other band members despite an agreement stating he would continue to be paid as a co-founder. Hubbard also claimed that a former manager threatened to cut off his health insurance and a portion of the band's revenue.

The lawsuit hasn't been settled yet, according to his wife.

Hubbard is survived by his wife and three stepchildren.