LeSean McCoy is terrible, per ESPN and ProFootballFocus

ESPN sought out to determine which teams that did not make the Super Bowl are the closest to contending. For this bold initiative, they summoned the help of ProFootballFocus.com. An explanation of their methodology:

What makes a Super Bowl contender? When Pro Football Focus analyzed the 28 teams that played in the conference championship games for the 2007 to 2013 seasons, it found that, on average, 40 percent of those rosters were composed of good/elite players (you had to play 250-plus snaps to qualify). Using that methodology, PFF determined how many above-average players stood between your team and contending for this year's Super Bowl.

You can peruse each team here, but for your convenience, here is how they had the Eagles ranked: 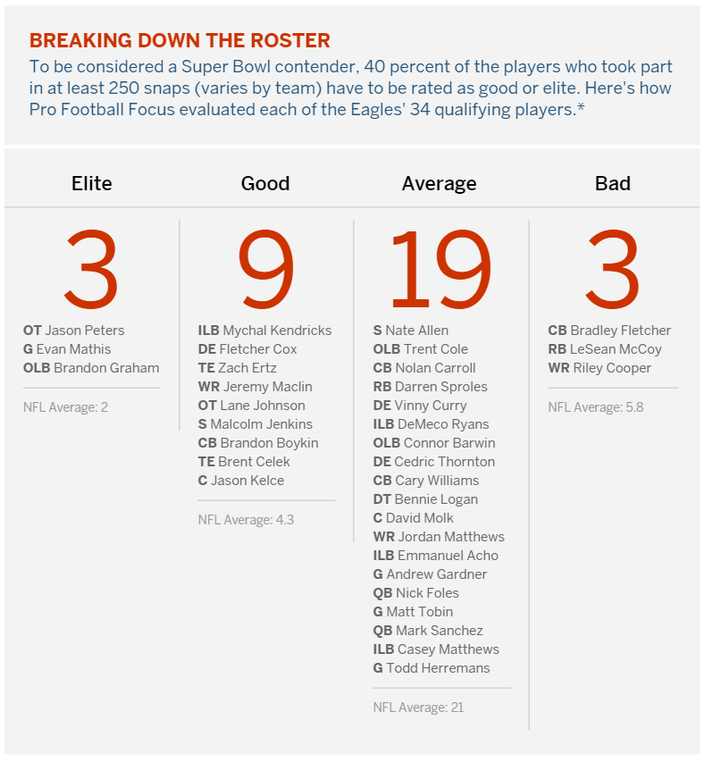 Curiosity got the best of me, so I figured I'd take a quick peek around the rest of the league to see what other players are better than LeSean McCoy. A player from every other team: