Let the 'Eagles trading to pick No. 2' talk begin 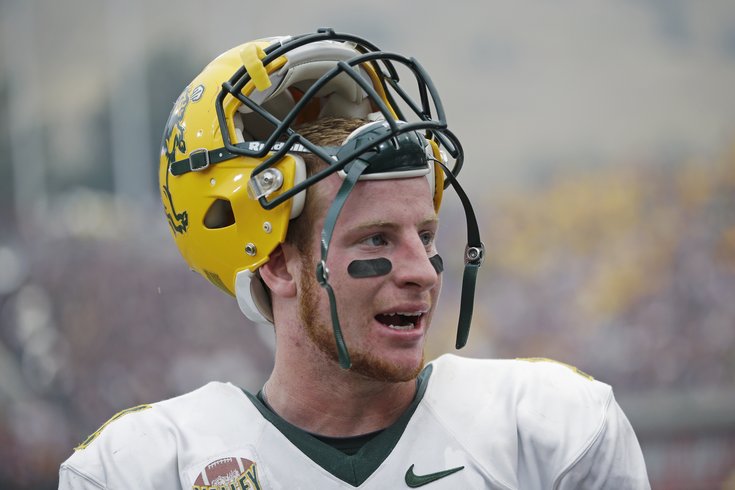 There's already been one blockbuster trade in the 2016 NFL Draft, when the Los Angeles Rams moved all the way up from the 15th overall pick to pick No. 1. According to Jeff Darlington of NFL Network, the Cleveland Browns have begun shopping the No. 2 overall pick.

Nothing imminent here, but yes, GM Sashi Brown has initiated the calls to gauge market for his No. 2 pick. https://t.co/gBtqzx4OLY

The Rams are of course expected to draft North Dakota State's Carson Wentz or Cal's Jared Goff. According to a source, the Eagles believe the Rams will select Goff. If we're to believe the Eagles are correct, that would of course leave Wentz as the other premier quarterback option in this draft class.

"I like him," said Eagles head coach Doug Pederson. "I think he's got everything you want in a quarterback at this level. You never know. Quarterback is a unique position at the National Football League level. I think that guys come in here and there's an expectation level they have; there's an expectation level that we have as a coaching staff. But I like him. I like his size. I like his arm strength, his mobility. He's a bigger kid. I think he's got all the tools to be an NFL quarterback."

One of the big concerns surrounding Wentz is that he played at a lower college level at North Dakota State. Pederson seems unfazed.

"I think you look at his body of work," said Pederson. "If you haven't spent time with a guy like Carson Wentz, it's hard from the outside looking in. You probably may think 'North Dakota State, smaller school.' That might be an issue. But when you finally get him, get your hands on him, get him into your building, have a chance to visit with him, talk to him, and just break it down, this kid is pretty impressive."

"Wherever he goes, that might be a situation for that team to worry about that. I think in our situation, we've got two solid quarterbacks and so if he were to be on our roster he not not have to play right away, so that's the beauty of having two veteran guys in front of him. Again, I think you dive into him as a person -- his work ethic, his off the field attitude, how he handles his media, how he handles his teammates -- puts him kind of in elite status.

So maybe if the Eagles like him that much... and they're willing to take their time with him... and they already tried to trade up to No. 1 with the Titans... and the Browns are willing to deal...