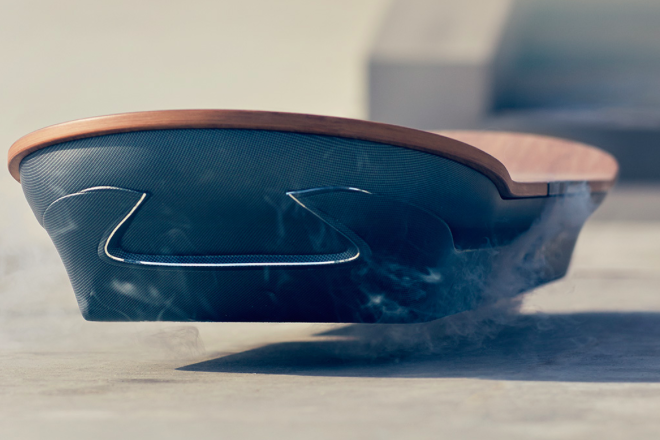 Lexus claims it has created a hoverboard, the levitating transportation board featured in "Back to the Future II"

Lexus claims it has created a hoverboard, the levitating transportation board popularized by the 1989 movie "Back to the Future II."

The website says new images and video will be released weekly as part of a #LexusHover promotion.

Little other information is provided, but a Lexus spokesman told USA Today the hoverboard is part of an advertisement campaign the brand is filming in Spain.

Slide works, the spokesman said, but only in a controlled environment where magnets rest beneath the surface.

It's not the first time an alleged creation of a hoverboard has captivated the Internet.

HUVr, a hoax featuring Christopher Lloyd and Tony Hawk, and Hendo, which soared above floors covered in copper, previously grabbed attention, according to theverve.com.