Raheel Ahmad, a junior, recorded video of the exchange with the Philly rapper and posted it to Instagram 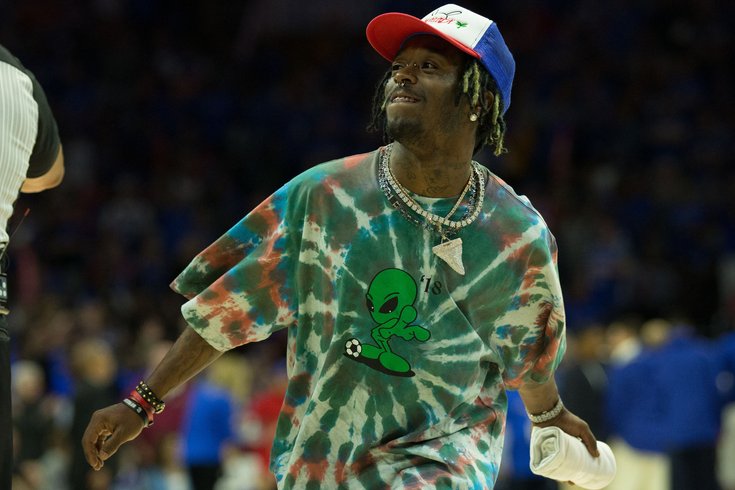 In a video posted to Instagram, Philly rapper Lil Uzi Vert tells a Temple University student he'd the student's $90,000 college tuition bill, if the student graduates and can prove he did. The student Raheel Ahmad, is presently a junior in Temple's college of liberal arts. Uzi is shown above attending a Sixers game in April 2018.

Raheel Ahmad, a junior in Temple's college of liberal arts, posted the video Thursday morning. It shows the student calling out to Uzi as the rapper is whisked by him, through what appears to be a department store — we're guessing it's the King of Prussia mall.

The Philly rapper stopped after Ahmad is heard asking if he'd pay for his college tuition.

In the video, Lil Uzi Vert is escorted through the store by his security, and he's walking pretty fast out of there until Ahmad yells, "Can you pay for my college tuition?"

Uzi stopped and yells back, "How much is your college tuition?"

The amazing part is Uzi actually agreed — after Ahmad promises he's going to graduate and show Uzi his transcripts.

We've reached out to Ahmad to see if the two have actually connected. We'll update when he gets back to us.