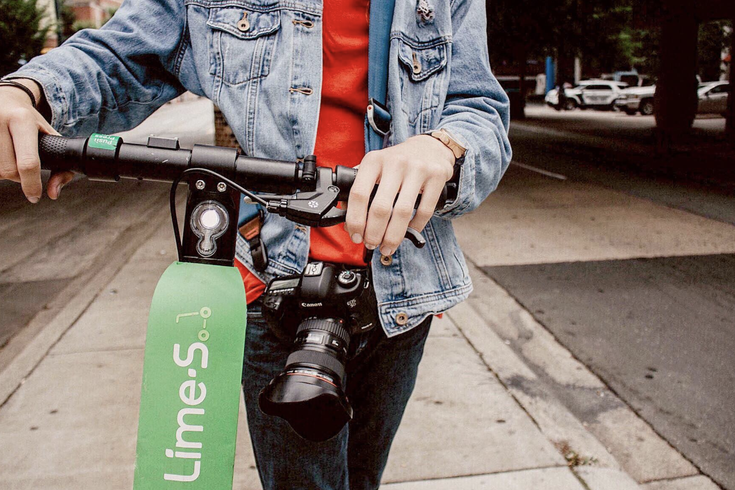 A Lime Scooter in use.

Lime, one of the most popular brands of electric motorized scooters in the United States, is bringing its newest model to Philadelphia.

Well, for a test ride.

The new Lime 3.0 — also called the Lime-S Gen 3 — scooters will be available for test rides at City Hall from 8:30 a.m. to 6:30 p.m. on May 30, according to a release from the company. This is all happening despite the fact that motorized electric scooters aren’t legal in Pennsylvania.

While some state representatives, including Philadelphia’s Rep. Stephen Kinsey (D-201st), want Pennsylvania to allow burgeoning scooter companies like Lime to operate in the Keystone State, the vehicles still aren’t legal on the state's streets and sidewalks.

Kinsey and Rep. Greg Rothman (R-87th) co-sponsored a House bill in February, aimed at changing the scooters’ legal status in the state.

The bill, H.B. 631, which was referred to the Committee on Transportation, had a public hearing scheduled for mid-April. The bill’s status currently remains unchanged since February, according to the House’s website.

Still, there’s been plenty of chatter around the Philly scooter-sphere in the last 12 months.

In January, City Councilman Derek Green told the Philadelphia Tribune he wants to "explore" the scooter idea, and said the hearings would help determine if scooters are a good fit for the city.

And at the end of February, City Council held a hearing for residents to voice their opinions on the potential legalization of dock-less scooters in Philly.