Disney releases the first trailer for 'The Lion King'

Take your place in the circle of life. 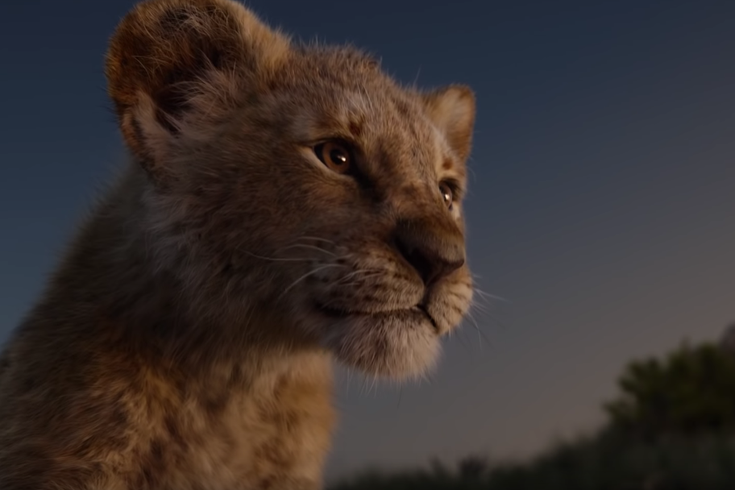 "The Lion King" will be released nationwide on July 14.

The first official teaser for “The Lion King” was just released and what Disney has cooked up for their newest live action film is nothing short of incredible.

The trailer, which stands small and mighty at one minute and 48 seconds, starts with Simba's uncle, Scar, delivering some dark advice to the young prince, “Life’s not fair is it, my little friend? While some are born to feast, other spend their lives in the dark, begging for scraps.”

With stunning images of the African Sahara and animals running free, Mufasa, voiced by James Earl Jones, who is reprising his role from the 1994 cartoon, says to a young Simba, “Everything you see exists together in a delicate balance. While others search for what they can take, a true king searches for what he can give.”

He adds, “You must take your place in the circle of life.”

The cast includes Donald Glover as Simba, Beyonce as Nala, Chiwetel Ejiofor as Scar, John Oliver as Zazu, Billy Eichner as Timon and Seth Rogen as Pumbaa. We don't get a taste of Donald Glover or Beyonce's voiceover work, but we do get to see a shot of the two initially meeting by a watering hole. We also (thankfully) get a musical taste of the film with Timbon and Pumbaa, arguably the best part of "The Lion King," as they sing “The Lion Sleeps Tonight.”

“The Lion King” will be released nationwide on July 19.