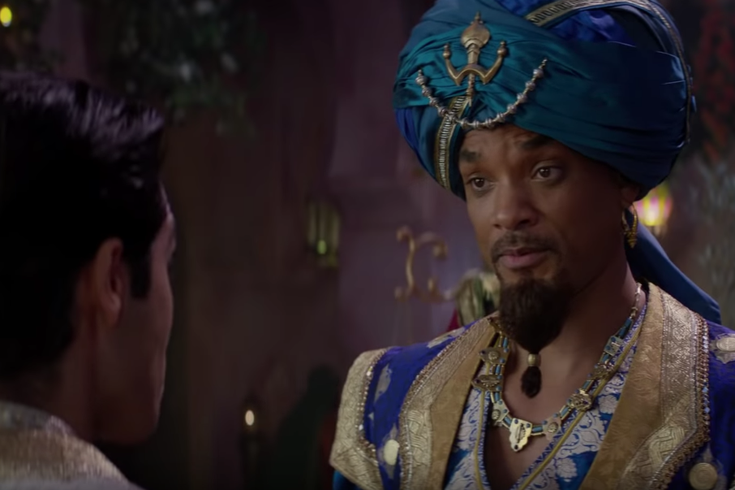 Will Smith plays Genie in "Aladdin."

Disney released the official trailer for "Aladdin" and it’s a whole new world from its two previous teasers.

Directed by Guy Ritchie, the two earlier previews of "Aladdin" left much to be desired, and, thankfully, with the full release of the newest trailer, many concerns have been answered.

The first preview took us through Agrabah and the Cave of Wonders but ends right before Aladdin grabs Genie's lamp. Meanwhile, preview photos showed Genie, played by Will Smith, without his blueness, which left many people confused. Though once the second preview was released, showing Smith as an almost-too-blue Genie, we were then left to question why Genie had to be so blue.

The official trailer gives a much clearer shot of what to expect from the film, including Genie, who goes back and forth between his human form and his blue genie form. And, as it turns out, his blue form isn't as shocking as it seemed in the second teaser.

This live-action remake of the 1992 animated film features Mena Massoud as Aladdin, Naomi Scott as Jasmine, Will Smith as Genie, and Marwan Kenzari will star as Jafar. Nasim Pedrad, known for her stint on "Saturday Night Live," will play a new character, Dalia.

"Aladdin" will be released nationwide on May 24.