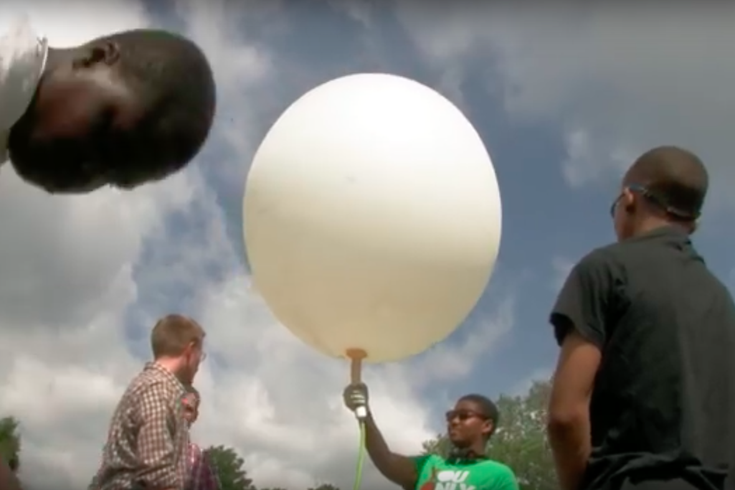 Little Baby's and The Workshop School teamed up to put ice cream in space.

It’s hard to say what’s fact and what’s fiction in "Ice Cream in Space," a new “absurdist-docu-comedy.” The video purports to tell the story of Little Baby’s Ice Cream — the Willy Wonkas of the Philadelphia dessert world — teaming up with the smart and creative kids of The Workshop School in West Philly.

Their mission? To put a pint of ice cream (in a fancy, recyclable carton) on a balloon and see how high they can make it go. It’s a wonderfully pointless endeavor, and the kids’ hard work and ingenuity are inspiring.

Did real ice cream finally slip the surly bonds of Earth? (That Neapolitan chalk stuff doesn’t count.) Was the GoPro-esque footage from the upper atmosphere really filmed from their heavenly dirigible? Watch the video.