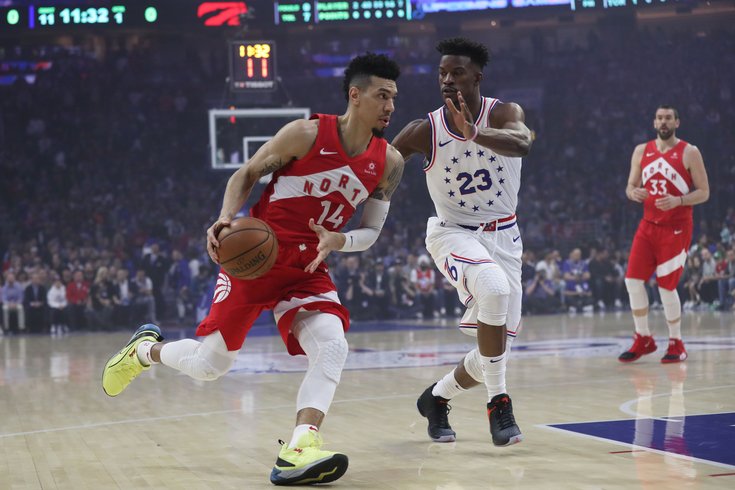 Could veteran guard Danny Green be an option for the Sixers in free agency?

The Sixers' season comes down to this.

On Thursday night, Philly will face the Raptors in an elimination game at the Wells Fargo Center. And a loss in Game 6 means the end of the line for Brett Brown and Co. after dropping two straight, including Tuesday night's 36-point blowout loss up in Toronto.

For the Sixers, a healthy Joel Embiid will go a long way toward evening up this series at 3-3 and sending it back north for a final Game 7. The winner will go on to face the top-seeded Bucks, who capped off a 4-1 series win over the Celtics on Wednesday night, in the Eastern Conference Finals.

First, however, the Sixers will need to take care of business at home. Going from 10 wins to 28 wins to back-to-back 50-plus-win seasons is a huge accomplishment for the Sixers, but another second-round exit could be on the horizon if Philly is unable right the ship — and buck the historical trend by winning both games 6 and 7.

RELATED: Sixers' future should not be impacted by result of Game 6

For the remainder of the Sixers' playoff run, however long that lasts, we'll have live updates for each game, including tonight's Game 6. You can follow along in the window below and, as always, discuss the game in the comments section at the bottom of the page.