Pennsylvania State Police say he has been operating for a decade, plus there's there's a new mob clubhouse in South Philly and John 'Sonny' Fanzese dies at 103 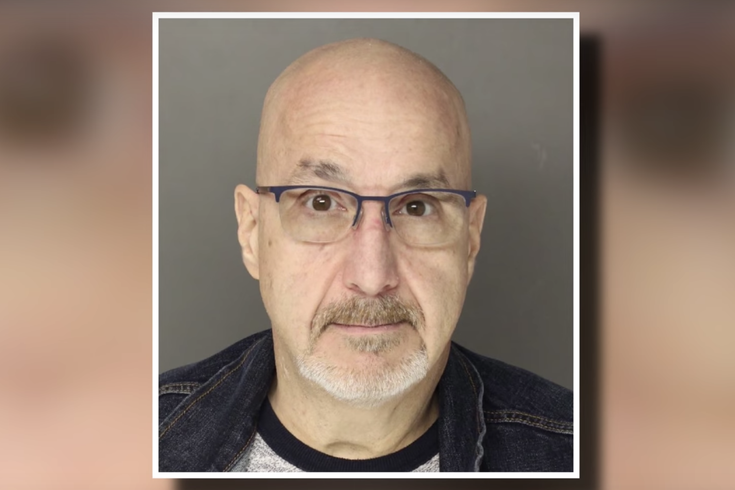 Frank Scarpato is charged with running in a loan-sharking operation in Philadelphia and Delaware County. The South Philly resident was arrested by the Pennsylvania State Police in February. Cops allegedly found $10,000 cash, guns and handwritten ledgers inside a safe in his house.

In the latest episode of Mob Talk Sitdown, Philly mob experts George Anastasia and Dave Schratwieser discuss the arrest of Frank Scarpato for allegedly running a loan-sharking operation in Philadelphia and Delaware County.

Scarapato, 52, of South Philly, was arrested by the Pennsylvania State Police in February after cops allegdly found $10,000 cash, guns and handwritten ledgers inside a safe in his house. Investigators claim Scarapato was charging 56% interest on a 26-week loan. He is charged with running a corrupt organization, making terroristic threats and extortion.

Meanwhile, some alleged Philly mobsters have moved to a new clubhouse near Ninth and Catharine steets. Anastasia explains clubhouses are not so much a mob thing as they are a South Philly thing – a place to meet for lunch and coffee. Be sure the Philadelphia police and local FBI agents are aware it exists, he says.

And last month, New York Mafia icon John "Sonny" Fanzese died at age 103. He spent about 40 years of his life in prison, most recently at the age of 94 after being found guilty of shaking down strip clubs in New York City. Franzese was released from prison at age 100 and at the time he was the oldest mobster in federal prison system.

Franzese rose to second-in-command in the Colombo crime family and authorities believe he was linked to as many as 50 mob homicides. Franzese died Feb. 24.

Anastasia praises Joe Pesci's performance as Russell Buafalino as the movie's best. He has less love for Robert De Niro, whom he sees as playing the same character in every mob movie.

The duo also plays a recording from an interview retired FBI agent Jerri Williams conducted with another retired, John Tamm, who monitored Sheeran. Tamm explains why he doubts Sheeran actually pulled the trigger on Hoffa, as depicted in 'The Irishman.'

Anastasia and Schratwieser also discuss the open letter former mob associate Mike D'Urso – who cooperated with prosecutors against the Genovese crime family – penned to the mafia. And they detail the "possible squeeze play" against Pete Tuccio, a friend of Philly mob boss Joey Merlino.