As a cultural consultant, Homa Tavangar makes sure TV gets it right 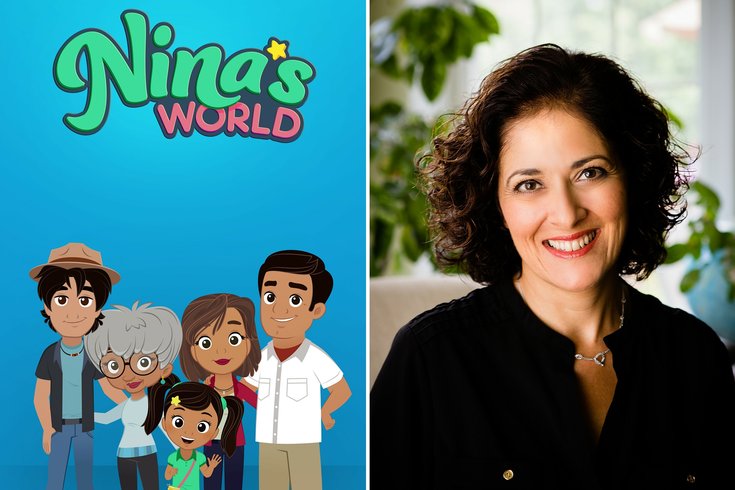 A new TV show called "Nina's World" is coming to the children's network Sprout this month, and it's already making waves. The animated series premieres Sept. 26 at 7 p.m. and follows the adventures of a 6-year-old girl named Nina and her best (imaginary) friend, Star. Like many children's show characters, Nina is bright and bubbly with a cheery voice.

But unlike so many of the characters children fall in love with these days, Nina is no superhero or pop star. She's a regular little girl, exploring her multicultural neighborhood and learning from her friends and family.

"Nina's World" will frequently explore other cultures, and will incorporate English, Spanish and a bit of American Sign Language through Nina's friendship with a deaf character named Nico. Screen legend Rita Moreno will voice Nina's grandmother, or Abuelita, a hip, modern "Glam-ma" who does yoga and teaches Nina about cultural traditions.

When you are presenting [culture] from the perspective of a 5-year-old, it can become way too simplified and just be reduced to a stereotype. We are navigating really unchartered waters.

But it's one thing to plan out a diverse, engaging show for children and another to bring it to fruition. For that, NBC Universal turned to Berwyn author Homa Tavangar to help bring "Nina's World" to life. As the show's cultural consultant, Tavangar uses her expertise to make sure different cultures are being accurately represented, from the way characters speak to the traditions they celebrate.

"My role is to look out for what those messages might be," Tavangar said. "I also work on the education side. Is this age appropriate, this message, this lesson? Is this actually the way that it plays out? Or does this seem more like a stereotype? Every single script is reviewed for the integrity of the culture and the education."

To some, it might seem over the top to keep an educator with such a nuanced role on hand for a TV show aimed at toddlers. But, as Tavangar would argue, future fans of "Nina's World" are at the perfect age for beginning an education in cultural competency.

"Culture is a character in the show,” Tavangar said. “When you are presenting it from the perspective of a 5-year-old, it can become way too simplified and just be reduced to a stereotype. We are navigating really unchartered waters by demonstrating culture in an authentic way." 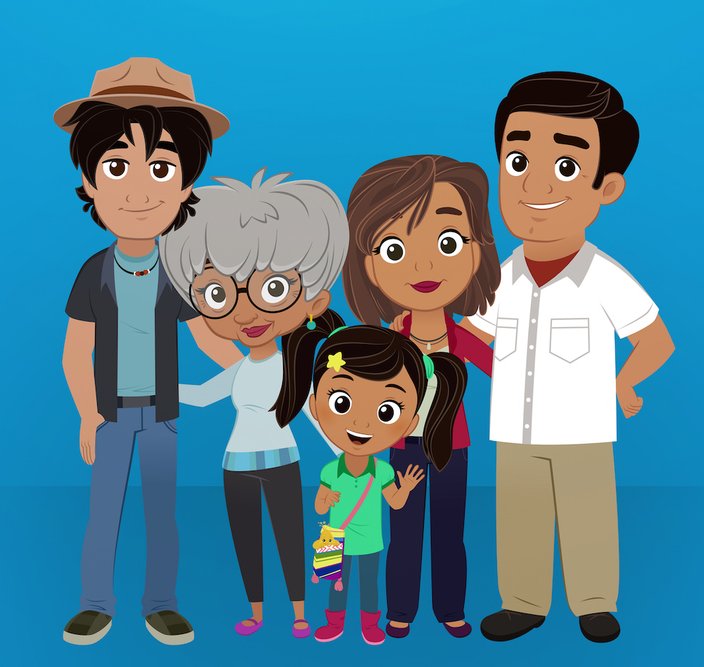 The cast of "Nina's World," with six-year-old Nina at center. (NBC Universal/Sprout TV)

Becoming an expert on cultural representation required quite a bit of globetrotting. Born in Iran, and having lived in East and West Africa and throughout the U.S., the multilingual Tavangar spent the first part of her career working in global organization and international business. When she and her family eventually settled in Philadelphia, she found herself wishing her children could follow her travel-happy ways.

That realization prompted her to focus her career on education and parenting. In 2009, she wrote, "Growing Up Global: Raising Children to Be at Home in the World," a parent's guide to exploring different cultures with their families.

"Our kids have to be culturally competent and, [with] this 21st-century digitally connected, globally connected generation, it’s part of the skill set," Tavangar said. "Beyond learning how to read and getting your multiplication tables down, you also need to have competence, whether it’s eating something you’ve never tried before and not making a face or learning how to say hello in a few different languages."

In some ways, "Nina's World" aims to be a model for the next generation. As Tavangar describes it, the little girl's community is like a 21st-century version of "Mister Rogers' Neighborhood."

"Nina is very much a real girl who has a real family life in a real neighborhood and has real interactions based on real life and real culture," Tavangar said. "What’s unique is that there’s nothing humdrum boring about it. We’re showing the viewers that right in your neighborhood, right under your nose, there are all these opportunities for adventure and discovery."

Philadelphia, she added, with places like Koreatown and the Italian Market, is a great example of a city ripe for cultural exploration.

As if one would need further proof of the city’s cultural mix, Tavangar received a few funny reactions to a promotional video she created for "Growing Up Global." In the video, she, her daughter and niece tour different ethnic enclaves in Philadelphia, including Chinatown. Online commenters attempted to call the author out for taking such an expensive trip to China, not realizing it was all shot in the City of Brotherly Love!

To Tavangar, that response summed up her philosophy on becoming a global citizen in today's world: "You don’t have to buy plane ticket or be an expert on international affairs to have a global vision and have global experiences."

It sounds easy, but how exactly does one go about finding a global vision at home? Tavangar suggests reaching out to friends and neighbors to ask about their heritage and traditions.

"I guarantee that almost any time that you talk to friends, colleagues, neighbors about their culture and express sincere, genuine interest, they’re so happy to share with you,” she said. “They might end up cooking for you, teaching you how to say something new or inviting you to a cultural celebration. It's real, live friendship and learning.

"'Nina’s World' is ultimately about being a friend. [That's] really what a global citizen is, being a friend to the whole human race."