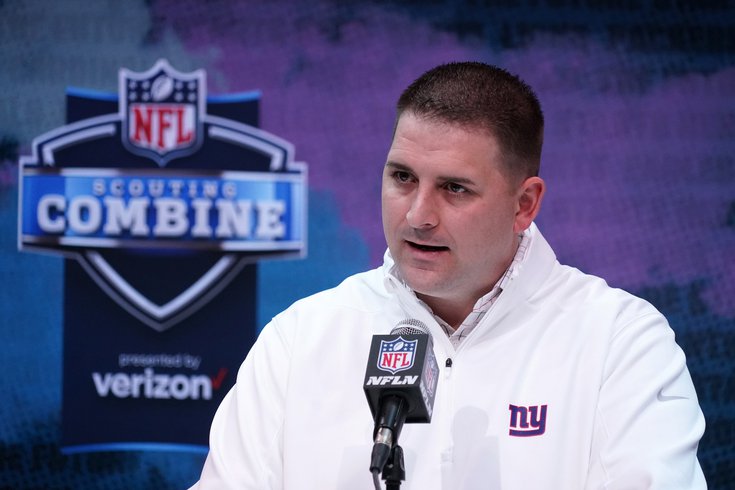 Training camps around the NFL have begun, and there's early news emerging from each of the other three NFC East camps. The Cowboys lost a starting defensive tackles, the Giants are running laps like they're in Pop Warner, and Alex Smith returned to the Washington Football team.

McCoy tore his quadriceps tendon in practice on Monday, and he is done for the season.

#Cowboys COO Stephen Jones tells reporters that DT Gerald McCoy’s MRI showed a ruptured quad tendon and he’s out for the season. Initial fear had been an ACL, but the MRI delivers bad news, regardless. A major blow.

A photojournalist actually happened to catch the injury when it happened.

The Cowboys signed McCoy this offseason to a three-year deal worth $18.3 million. He was still a good player, but at 32 years old, not the near-elite player he once was. McCoy had at least 5 sacks in each of the last 7 seasons, though his numbers have consistently been on the downswing over that period.

As Eagles fans have learned over the last few years, the older your players, the more likely they're going to get injured.

Oddly, 25-year-old DT Maliek Collins, a productive player in his four years in Dallas, signed for less money in Las Vegas  in free agency (one year, $6 million) than what McCoy signed for in Dallas.

Per Alex Didion of NBC Bay Area, Raiders defensive coordinator Paul Guenther said of Collins, “He might be our best acquisition of the offseason from what I’ve seen."

Back in our Giants dumpster fire piece in June, we noted the infamously poorly performing Bill Belichick coaching tree, on which Judge is the 10th branch:

Judge certainly isn't destined for failure because past Belichick disciples have failed as head coaches at the pro level. That said, one theory about Belichick tree head coaches that makes sense to me is that they tend to attempt to rule over their players with an iron fist, but without first establishing the credibility and cache that Belichick himself has over two-plus decades.

There were already hints of that with Judge earlier this offseason. For example, he refused to say Daniel Jones' or any of his other players' names for almost four months after the Giants hired him. While I respect the stubbornness, that is some "High School Harry" nonsense.

In the first media-attended Giants practices, reporters got to see that players have had their names stripped off of their jerseys, and players are being forced to run laps with a high frequency.

Not uncommon at today’s practice: Seeing players or entire units run laps after miscues or penalties. “There are consequences for making mistakes,” Joe Judge explained. https://t.co/tP9bpNCLBz

In 2018, most assumed Alex Smith's football career was over after he suffered an awful, gruesome injury that almost cost him his leg (and life).

Alex Smith's leg was shattered on November 18th, 2018. In the days following, he got sepsis, which nearly took his life.
He spent the next month in a hospital, then 3 in a wheelchair, then 8 in an external fixator. He had 17 surgeries within 9 months.

On Sunday, after that long road back, Smith was officially cleared to resume football activities.

Smith may never actually play in a game again (we'll see), but he is already a remarkable story.