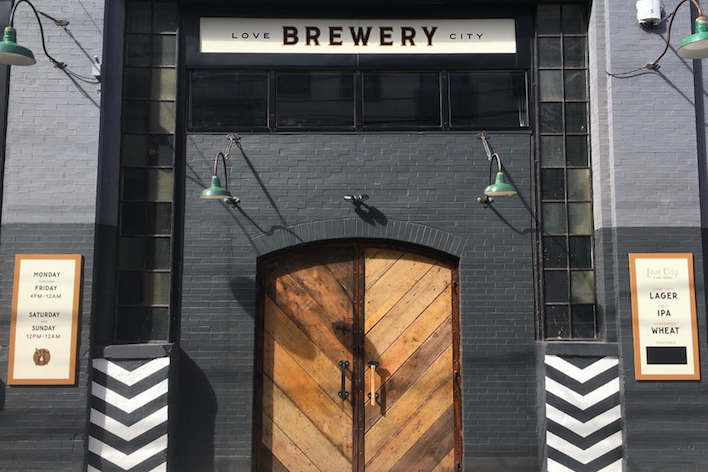 Philadelphia’s newest brewery is located in the Spring Arts neighborhood in Callowhill.

Love City Brewing, located in the Spring Arts section of the Callowhill neighborhood, has made it a priority to donate to local organizations.

Each quarter, Love City brews a special beer and donates 10 percent of the beer's total sales to its chosen group.

For this upcoming quarter, the brewery has selected Thomas Jefferson University's Division of Neuro-Oncology.

The decision to aid patients with brain tumors was a personal one for both general manager Mike Tramontana and Love City's owners Kevin and Melissa Walter.

Tramontana lost his father to glioblastoma, a type of aggressive brain cancer, and the Walters' friend Kurt Wunder is currently battling the same disease.

Staff from Jefferson recently joined Love City to brew the special Synaspe Session IPA, which has citrus and light pine characteristics. It will be available at the brewery beginning Friday, July 12.