A 'disturbance' between Gregory Thomas Sr. and the victim preceded the deadly incident, investigators said 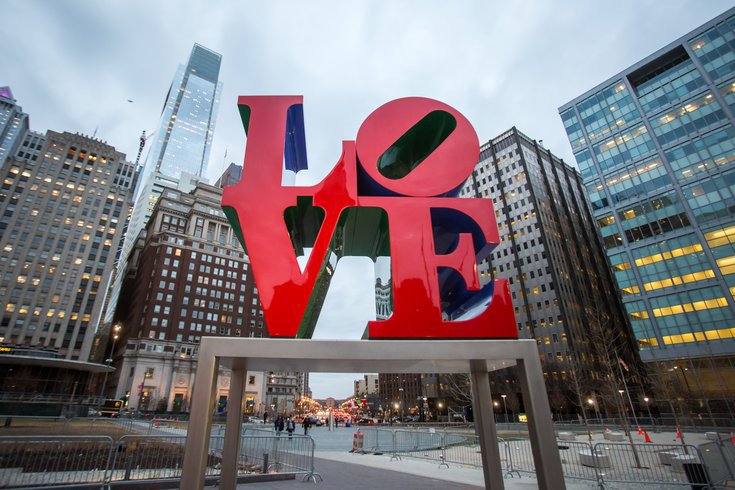 A 29-year-old man was fatal shot at LOVE Park in Center City Philadelphia on Nov. 9, 2021. Gregory Thomas Sr., 43, a security guard for the Christmas Village setup at the park, has been charged with first-degree murder and related offenses, police said.

Philadelphia police have arrested a security guard in connection with Tuesday night's fatal shooting of a 29-year-old man at LOVE Park, officials said.

Gregory Thomas Sr., 43, was charged Wednesday with first-degree murder and related weapons offenses after the deadly encounter inside the park at 15th Street and John F. Kennedy Blvd.

Police responded to the scene at around 8:45 and found the victim on the ground suffering multiple gunshot wounds, investigators said. The man was taken to Thomas Jefferson University Hospital and pronounced dead shortly after 9 p.m. His identity has not been released.

At the time of the shooting, Thomas was working a construction detail for the Christmas Village that is currently being put together for the holiday season, police said.

According to investigators, Thomas became involved in a disturbance with the victim before walking to his grey Jeep SUV and retrieving a black duffle bag. He then removed a handgun and shot the victim multiple times, police said. After the shooting, Thomas allegedly fled the scene.

Later Tuesday night, the operations supervisor of the security company made contact with Thomas at his residence and took him in to Philadelphia police.

After the shooting, Philadelphia Police Chief Inspector Scott Small said the victim had been well-dressed and had a last known address outside Philadelphia, according to NBC10.

Authorities did not provide any additional details about the disturbance that allegedly led to the shooting. An investigation into the incident remains ongoing.