Saoirse Ronan, Mark Wahlberg star in the drama from 2010 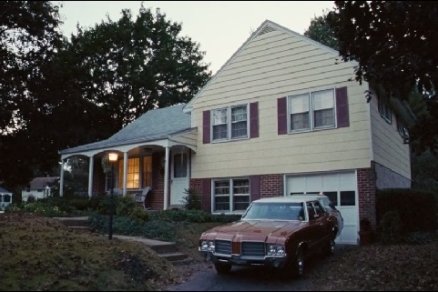 Above is Susie Salmon's house in 'The Lovely Bones.' The Malvern, Chester County home used for the film is about to up for sale.

The local house used in a Hollywood film starring Saoirse Ronan and Mark Wahlberg is going up for sale.

The three-bedroom, California split-style home located at 10 Bryan Ave. in Malvern, Chester County, was used in Peter Jackson's 2010 film "The Lovely Bones," which is based on Alice Sebold's award-winning and bestselling 2002 novel of the same name.

RELATED: 'Project Runway' contestant from Philly is oldest designer to compete on show

The plot centers around 14-year-old Susie Salmon who watches her family from heaven as they deal with the aftermath of her death, including trying to find the man who raped and killed her. While critics of the book were generally positive, the film received mixed reviews.

Sebold grew up in the Philadelphia suburbs and her book is set in Norristown. For the film, Betty Seeley's house in Malvern was used for the Salmon residence.

Seeley recalls that vintage cars were brought into the neighborhood, a back patio was built onto her home and that her old oven was taken by the crew so they could create a realistic replica in the studio. Don't worry: They gave her a new one to replace it.

The Salmon family's dining scenes were shot in Seeley's home, while the other interior shots were filmed on a studio sound stage.

And for those who want to see "The Lovely Bones" house, all are welcome to come by that day between noon and 4 p.m.