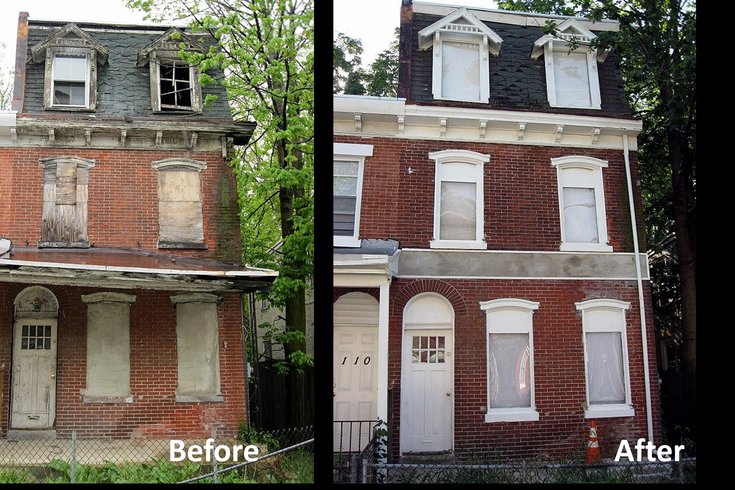 Low-cost fixes to abandoned properties, such as a fresh coat of paint and replacing boarded entryways with doors and windows, can do more than eliminate eyesores.

They can also significantly reduce crime in the area, according to a new study conducted by researchers from the University of Pennsylvania and Penn’s Perelman School of Medicine.

The study, published this week, looked at crime percentages in sections of Philadelphia where abandoned properties were rehabbed between January 2011 and April 2013, in comparison to areas where boarded-up properties remained.

According to lead author Michelle Kondo, Ph.D., a former research fellow at the Perelman School of Medicine, the most significant reduction - down by 39 percent – was found for gun assaults around remediated buildings within the year following improvements.

Abandoned properties “send a signal to would-be offenders that committing crimes is acceptable and will likely go unchallenged or unseen," the report states.

This is the first study to demonstrate the direct impact of building remediation efforts on crime, the authors said.

The decision to conduct the study was influenced by Philadelphia's enforcement of a “Doors and Windows Ordinance” in 2011 that required owners of abandoned buildings to improve their facades and install working doors and windows.

Abandoned properties “send a signal to would-be offenders that committing crimes is acceptable and will likely go unchallenged or unseen," the report states.

At the time the ordinance was passed, 2,356 buildings were cited by the Philadelphia Department of Licenses and Inspections, and 29 percent complied with the ordinance between January 2011 and April 2013.

The authors wanted to see if the ordinance was effective.

The findings are especially beneficial at a time when big cities like Philadelphia are looking to tackle issues of crime and violence, said John MacDonald, Ph.D., a professor of criminology at Penn and co-author of the study.

To report an issue in your neighborhood, click here.

Read the full report on the study here.