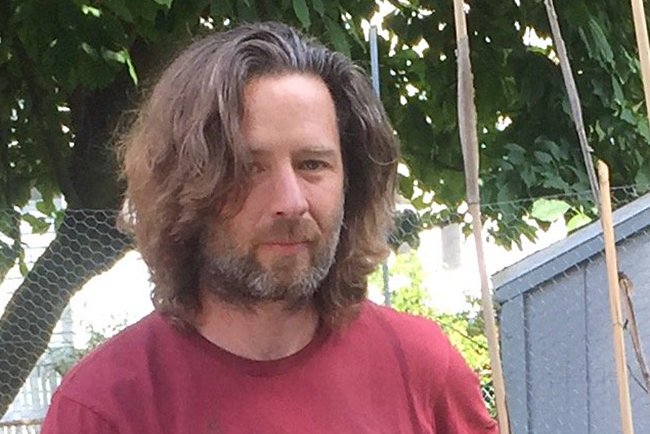 Robert Bennett thinks his sons were lunch-shamed at schools in the Collingswood and Oaklyn districts in Camden County. An official with the districts disagreed.

The widespread practice of lunch shaming – singling out school students whose parents cannot or will not pay for hot school meals – is coming under fire after several recent cases nationally were reported on social media.

A South Jersey man with an activist bent and a medical disability that has left him unable to work and earn a living, says his children were stigmatized by the practice at their Camden County schools, though the school district disagrees.

The issue has received more attention across the country because the U.S. Department of Agriculture, which oversees school lunch programs, has imposed a July 1 deadline for states to establish policies on how to treat children who cannot pay for the meals.

UPDATE: Lunch Fairy offers to fund school meals for N.J. students who are behind

A federal study in 2014 found that nearly half of all schools nationwide used some form of shaming to compel payments. About 45 percent withheld a hot meal and gave a cold sandwich, while 3 percent denied food entirely, the USDA study found.

A bipartisan group of federal lawmakers in both the House and Senate recently introduced the Anti-Lunch Shaming Act of 2017 to curb the worst of these shaming practices.

New Jersey and Pennsylvania have no statewide bans in place, though bipartisan legislation to ban lunch shaming has been introduced in the Pennsylvania Legislature. Two years ago, New Jersey required that districts give a 10-day notice to parents for students who are in arrears before school lunch could be denied students.

Despite New Jersey's attempt to rein in shaming, the names of students behind in lunch payments at a high school in Fair Lawn, in northern New Jersey, were read aloud at an assembly and told they would not get their diplomas if they didn’t pay up.

One New Jersey school teacher even set up a GoFundMe account for students whose accounts are behind. 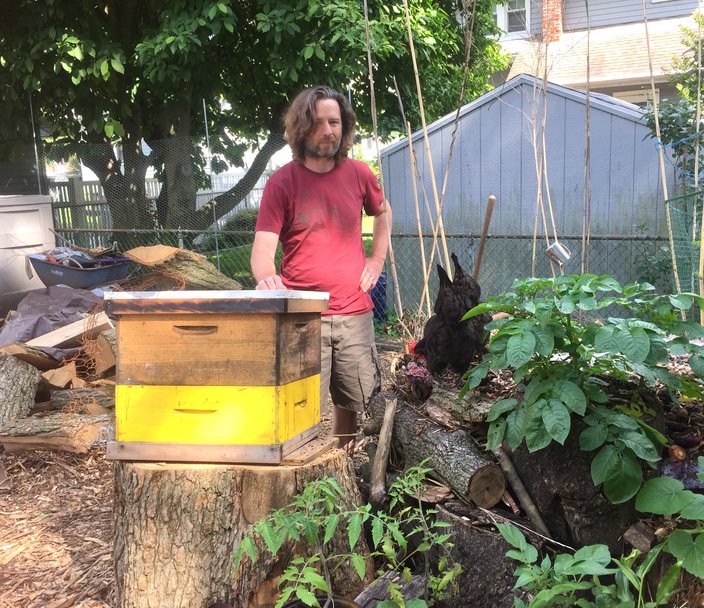 Robert Bennett, a veteran of the Marines who has Parkinson's disease, is pictured in his backyard where he raises bees, chicken and produce.

Oaklyn resident Robert Bennett, a former Marine veteran with Parkinson’s disease, which has left him unable to work at the age of 46, believes his sons were lunch-shamed at their schools.

Bennett said his oldest son, a student at Collingswood High School, had a tray of food taken away and thrown out by a cafeteria worker.

The problem was that his son had just 70 cents remaining in his lunch account, according to Bennett.

“He was embarrassed and quietly walked away,” said the father, who has since placed money in his son’s account.

Beth Ann Coleman, the district’s business administrator, acknowledged the incident, but disagreed on the cause. The real problem, she said, was that Bennett’s son tried to buy from the ala carte food line, not the regular hot lunch line.

"Lunch shaming is counterproductive. It is cruel. And it only hurts a child's ability to learn.” – Pa. state Rep. Donna Bullock, the lead co-sponsor of a bill to ban the practice

Students who owe lunch money are aren’t allowed in the ala carte line, Coleman explained, though they are permitted in the regular hot lunch line.

“We don’t allow a student to go hungry,” she said, adding that a cheese or peanut butter sandwich is offered.

The situation for Bennett's younger son, a student at Oaklyn Public School, was a bit different. Aware that money is tight, that son skipped the regular lunch line, opting instead to sit with his friends until a “second” line formed later.

The call for seconds allows students to buy leftover food which otherwise be wasted for just $1, instead of the regular charge; it was not intended as the main source of food.

While Bennett, who tends backyard bees and laying hens, and grows a lot of food in a garden, said he was proud his son was “crafty” enough to figure out the system. But he also worries it had inadvertently created a caste system, where kids with less cash must wait for the leftovers.

“It is a good intention, but misguided,” said Bennett.

Lisa Thompson Eisler, a Collingswood resident who has bonded with Bennett over their shared affliction with Parkinson's, was put off by some of the responses resulting from Bennett writing about his issues with the schools on local Facebook pages.

She said she talked to a high school official about the policy – three warning meals are allowed before a cut-off – but it isn't clear that happened in the case of Bennett's son or that it does not apply because of the ala carte line exception.

Eisler and Bennett both said there is a definite case of snobbery among the Collingswood population of the high school toward students from Oaklyn. Coleman called that an "old rumor."

Bennett has suggested online that a “sharing table” be created at the school, where students know they can split food with their peers without stigma.

Coleman, who admitted she'd just heard of the sharing table concept, said there will be discussions about making that work.

The business administrator said she didn’t know the USDA is requiring schools to comply with new guidelines on food shaming. A state spokeswoman said information was emailed to all schools in May.

"Lunch shaming is counterproductive. It is cruel. And it only hurts a child's ability to learn,” said Bullock.

"No one's child should get bullied for their lunch money – it's not OK when the school does it, either."