An Aldan man, who allegedly left 18 voicemail messages at the Glenside, Montgomery County, office of Rep. Madeleine Dean during the second impeachment trial of former President Donald Trump has been charged with harassment.

Stephen Cilurso, 68, was investigated by Aldan police and the Montgomery County District Attorney's Office after Dean – the Democratic congresswoman for Pennsylvania's 4th District — reported the disturbing voicemails to authorities. The small Delaware County town where Cilurso is not part of Dean's district, which covers most of Montgomery County and a tiny part of Berks County.

Dean was one of the House impeachment managers during Trump's second trial.

In several voicemails, Cilurso allegedly made vulgar and sexual remarks directed at Dean and members of her family, including a grandchild, authorities said. During one message, Cilurso referenced the white nationalist group the Proud Boys and called Dean a liar for remarks she made during the impeachment proceedings, police said.

"Oh yes, Ms. Dean we're just calling to see if we can get a, a very large monetary contribution from you," Cilurso allegedly said. "This is the Proud Boys. Our numbers are growing every, every day. And it's unbelievable, unbelievable after your speech yesterday and your f***in lies. How many new recruits we have. So we're given (sic) you the opportunity Ms. Dean to support us so we can continue our proud heritage."

Investigators said Cilurso left four voicemails on Feb. 10, nine on Feb. 11, three on Feb. 12 and two more between Feb. 14 and Feb. 15. The last two were left after police had already attempted to intervene and warned Cilurso not to contact the Congresswoman, authorities said. 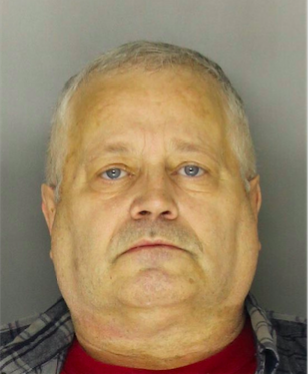 Cilurso explained he had a drinking problem and that he had a tendency to get angry while watching television, according to police.

"I've been an a-hole," Cilurso allegedly told detectives. "I get angry and I get on the phone, my mouth is my worst enemy."

After being instructed to stop calling Dean's office, Cilurso allegedly left a voicemail for Dean begging her to let their "relationship" go and to stop harassing him by sending the D.A.'s office after him.

During February's impeachment trial, Dean spoke forcefully about the former president and linked him directly to the incitement of the Jan. 6 insurrection at the U.S. Capitol, which resulted in the deaths of five people and has led to hundreds of arrests in the months since.

Dean was among the members of Congress who were trapped in the the Capitol gallery during the insurrection.

The House of Representatives voted to impeach Trump – making him the third president to be impeached and the first to be impeached twice – but he ultimately was acquitted by the U.S. Senate.

Cilurso is charged with misdemeanor harassment. He was arraigned and released on unsecured bail under orders not to contact the congresswoman. A preliminary hearing is scheduled for April 22.