Zach Rehl, 35, was arrested Wednesday at his Port Richmond home by FBI agents; the indictment against him and three others was unsealed Friday 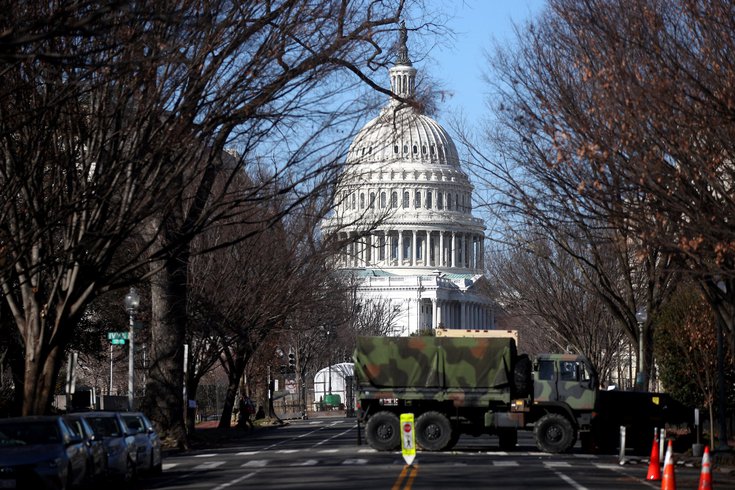 A leader of the Philadelphia Proud Boys, the local chapter of the extremist right-wing group, was arrested Wednesday, after photos surfaced of him inside of the Capitol building during the Jan. 6 riot.

A leader of the Philadelphia Proud Boys, the local chapter of the right-wing extremist group, was arrested Wednesday, weeks after photos of him inside the Capitol during the Jan. 6 riot had circulated.

Then Friday, the grand jury indictment against Zach Rehl, 35, from the Port Richmond section of the city, was unsealed.

In the document it explains how Rehl and three other Proud Boys leaders – Ethan Nordean, Joseph Biggs and Charles Donohoe – allegedly planned and participated in the insurrection in Washington, D.C., which was a failed attempt to stop the U.S. Congress from certifying President Joe Biden's Electoral College win over former President Donald Trump.

The six-count indictment (which can be read at the end of this article) details how Rehl and his co-defendants allegedly encouraged members to attend, raised money for travel and expenses, provided "paramilitary gear" to the rioters and coordinated the attack on the capitol.

According to investigators, the day after the riot, Rehl took to social media, posting:

"I'm proud as f*** what we accomplished yesterday, be we need to start planning and we are starting planning for a Biden presidency."

Rehl, who authorities said was among the rioters to enter the Capitol building, has led the Philly chapter of the Proud Boys since at least 2018. That year, Rehl organized the "We The People Rally," an event on Independence Mall with the Proud Boys said was intended ot "celebrate the Constitution."

Then July 2020, the Inquirer reported was seen with other Proud Boys members socializing with Philly's police union FOP Lodge #5 outside the group's headquarters, after an event with former Vice President Mike Pence.

Prior to the details of Rehl's indictment being released, photos showed him at the Jan. 6 riot, both inside and outside of the building. Some images circulated on social media earlier this month, including one photo showing Rehl smoking a cigarette while standing in a senator's office with others during the riot.

FBI agents arrested Rehl at his home in Port Richmond on Friday morning, the New York Times reported. The leader of the Philly Proud Boys was indicted and has been charged with conspiracy, two counts of obstruction, destruction of government property, entering a restricted building and disorderly conduct in a restricted building.

The Proud Boys describes itself as "Western chauvinist" organization for men, but many also consider it a hate group. Its members have been known to promote anti-Semitic, anti-Muslim and white nationalist rhetoric.

Last week, another member of Philly's Proud Boy's chapter, Kyle Boell, also was arrested and charged. In the days after the U.S. presidential election, Boell allegedly sent harassing and threatening messages to a woman over social media.

And on Monday, two men, who were not identified as members of the Proud Boys, were charged for their alleged roles in the U.S. Capitol insurrection for allegedly using bear spray against Capitol police, including Officer Brian Sicknick, the New Jersey native who was hospitalized and died after the Jan. 6 riot.